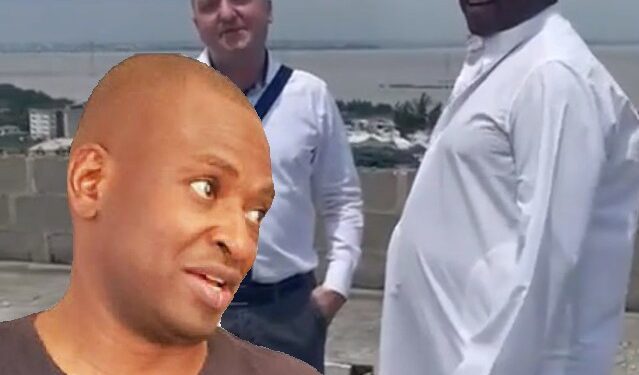 One of Nigeria’s celebrated developers, Mr. Olufemi Adegoke Osibona, has reportedly died in the rubble of a 21-Storey building that collapsed in Ikoyi, Lagos today trapping workers on the site.

Osibona, the MD of Fourscore Homes, was the brain behind 360 Degrees Towers – three highrise buildings of 15-Stories often referred to as Luxury in the Sky and the Shalom Apartments in Ikoyi, among other projects in Lagos and the United Kingdom, where he was celebrated as the first African developer to raise a 7-Storey building at 113, Albion Drive, London Fields, E8, 4LZ, in East London. He was reportedly on a visit to the site of another of his big projects when the building collapsed.

According to popular controversial investigative journalist and social media influencer, Kemi Olunloyo, the developer is under the rumbles of collapsed structure on Gerard Road which was under construction.

On her Facebook page, she wrote: “#BREAKING A Lagos state building safety official just spoke to me on condition of anonymity telling me that Femi Osibona MD/CEO Four Score homes actually DIED yesterday in the building collapse. Femi was seen in a viral video with an Italian architect. Femi was a billionaire real estate developer. His aides, police escorts were with him at the time of the collapse as well as several people working in the building when the building was recently unsealed and slated for inspection. Notice as no one has mentioned his whereabouts. He was reportedly pulled out dead☠️#Ikoyibuildingcollapse
This life is all vanity. Live for today only”.

Fifty-year-old Osibona hailed from Ikenne, in Ogun State. He studied Business and Finance at Croydon University in the UK.

The late Osibona, who started his real estate business in London, in 1997, also built the Fourscore Mansions in Waterkloof, Pretoria, South Africa.

He once revealed in an interview that he was selling shoes in London before he ventured into real estate and built over 50 projects in the city.

It is unclear just how many persons are trapped under the rubble, but it was learned that a few construction workers have been rescued and taken to the hospital.

A video obtained by Todaysplash.com depicts the moment the owner of the 21-storey building that collapsed in Ikoyi gave a speech minutes before the tragedy where the owner is reportedly still trapped inside the building with other victims.