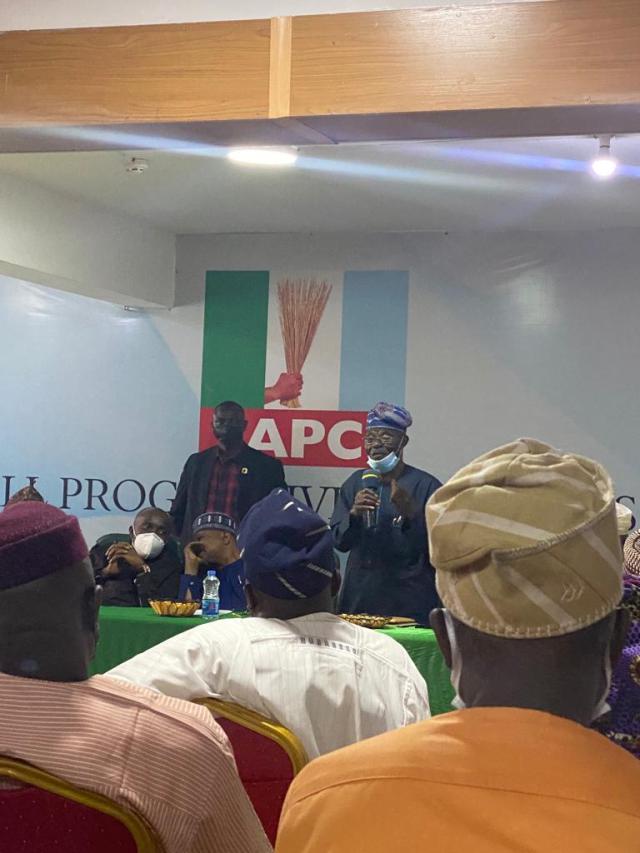 Indication emerged on Thursday night that the All Progressives Congress Caretaker/Extraordinary Convention Planning Committee may jettison the outcome of the last weekend state congress held in Oyo State.

The congress which produced former Commissioner for Land and Housing, Honourable Isaac Omodewu, as chairman was boycotted by certain chieftains of the party who had since petitioned the national secretariat, asking it not to accord recognition to the Honourable Omodewu executive.

At the end of the trouble-shooting meeting held at the party national secretariat with the national secretary, Senator John James Akpanudoedehe presiding, “the Oyo State APC stakeholders were directed to go back and collectively agree on modalities for the state congress and report back to the CECPC within one week for the CECPC’s consideration and decision which will be in the overall interest of the party, particularly in the state.”

A three-paragraph statement issued on Thursday night and signed by Senator Akpanudoedehe read in part: “In the aftermath of the October 30 All Progressives Congress (APC) state congress held in Oyo State, the leadership of the party met with stakeholders from the state chapter on Thursday, November 4, 2021, at the party’s National Secretariat in Abuja.

“The Oyo State APC stakeholders were directed to go back and collectively agree on modalities for the state congress and report back to the CECPC within one week for the CECPC’s consideration and decision which will be in the overall interest of the party, particularly in the state.”

Speaking with newsmen shortly after the meeting, Senator Adeseun said the aggrieved chieftains in Oyo State were hopeful that the APC national secretariat would not accord recognition to the congress that produced Honourable Omodewu.

He cautioned that anything contrary to the prayers of the aggrieved members would spell doom for the party at the next general elections.

He said: “It’s cancelled already but let me also say this, all of these gladiators in politics from the same state, Oyo are saying one thing, no party dares say they want to go ahead. Of course, they won’t, unless they are prepared to just throw away Oyo like we did in 2019. That cannot happen and we are confident with what we saw today and with our meeting with the chairman, Buni couple of weeks ago, we are very confident the party will do the right thing and that’s what we stand on.”

The federal lawmaker representing Oluyole Federal Constituency, Honourable Tolulope Akande-Fadipe, also expressed delight over the outcome of the meeting, as she claimed that the last weekend congress has been declared null and void.

“Breaking news like you all will be saying it, null and void! The congress of the 30th of October is non-existent, it never happened. Going forward, we are going back home with the list that has been agreed here today to our zonal leaders and our elders to look at it, sign up, verify, make changes where necessary and it will be returned to the party at national by our Baba, Akin Oke, the current chairman and leader of APC, Oyo State.

“Again, we implore all our members in APC, Oyo, please continue to stay calm, truth and justice will prevail and we will stay together as one party and 2023 shall be a success to revive Oyo State and take our state back to the place of pride it belongs.”