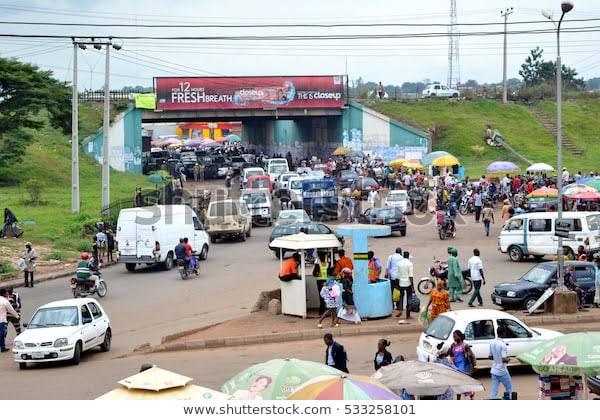 A motorcycle rider popularly called Okada was on Saturday crushed to death by an unidentified driver at the Iwo Road – Ojoo axis of Ibadan, Oyo state.

According GOALPOACHER NEWS correspondent, the corpse of the yet-to-be-identified man was found lying by the roadside after he was run over by the driver.

According to eyewitnesses, the okada rider was said to have been crushed by a trailer why the accident was caused by a private car owner. The drivers reported fled the scene leaving the trailers behind.

The scene of the accident has become hostile as sympathisers were seen holding canes and other items. They prevented passers- by from taking pictures.

As at the time of filing this report, security officials like Police and FRSC were yet to arrive at the spot of the accident.

GOALPOACHER NEWS observed that hit-and-run accidents in Nigeria hardly get reported in the media and the victims rarely get justice though such occurrences occur regularly.

Buried In Rubble Of 21-Storey Ikoyi Building, Surrounded By Corpses, we Thought The End Had Come – Survivors