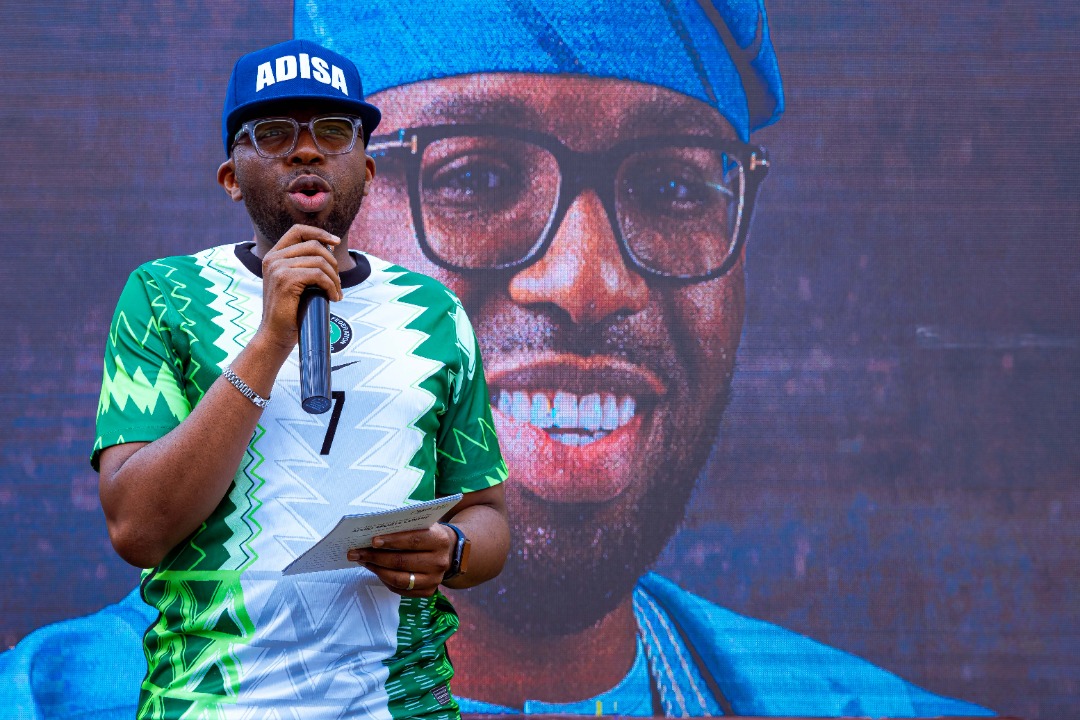 Lawmaker representing Afijio State Constituency, Hon. Seyi Adisa has commissioned a modern sports and educational facility in his constituency, adding that the project will serve the development in Oyo State.

Adisa handed over Afijio Sports Centre, which has a basketball court, mini-football pitch and volleyball court and a building housing the Seyi Adisa Development Initiative at Awe to the community on Sunday, November 7, 2021.

Speaking on this development, Hon. Adisa said that the project is most needed in his community, because life has to be meaningful to all and sundry regardless of social class.

While he pledged his commitment to work with development partners on projects that will enhance citizen’s lives positively, he added that it takes inclusiveness for governance to be felt and profitable to the people.

Speaking on what inspired the project, Adisa thanked the community’s monarch, saying he believes in using Sports to develop education in the younger ones.

He hinted that the facility will train the children in digital skills, while they imbibe the right values and improve their English proficiency.

“I am a sports enthusiast and I believe we could always use Sports for development. We believe that sports will develop people faster than many other things we are trying currently”, he said.

He said the Seyi Adisa Development Initiative in collaboration with a Canadian based NGO, It Begins With You Foundation (IBWU) intends to train One hundred indigent students between the ages of 10 and 16 per year in Football, Basketball and Volleyball, while the two foundations will also keep a tab on the on their educational development.

While the lawmaker hinted that the students will undergo Leadership values, at the Development centre, he implored the community to use the resources judiciously for the purpose it was meant for.

Adisa assured his constituents that apart from the facility at Awe, his initiative in collaboration with other foundations would gladly execute a replica of the project in other towns within his constituency.

Speaking on why he hosted the Commissioner for Youths and Sports, despite their different political affiliation, Adisa said in developing a State for the good of the people, politics must be put aside.

Meanwhile, wife of the former Governor of Oyo State, Dr. (Mrs.) Florence Ajimobi has urged politicians to take a cue from younger politicians, eschew partisanship and come together to develop their immediate communities.

She commended the politician, who despite his political affiliation to the All Progressive Congress, hosted all sports stakeholders in a Peoples’ Democratic Party governed state, saying that this added glamour to the successful commissioning.

Also, the Oyo State Commissioner for Youths and Sports, Seun Fakorede said in the true spirit of leadership, it is important to give credence to an initiator of a brilliant project, such as the Afijio Sports centre.

He called on more collaborators and partners in developing the sports sector of the State, adding that there are more opportunities to tap into, as the Government alone cannot develop the State.

He reiterated that there is a place of brotherhood before political affiliation, which he learnt so well from his Principal.

He stated that the State Government is committed to good governance and collaboration with other stakeholders in Oyo State, the reason he is present at the commissioning.

‘We Ran For Hours’; 2 Schoolgirls kidnapped In Ogun Escaped To Oyo