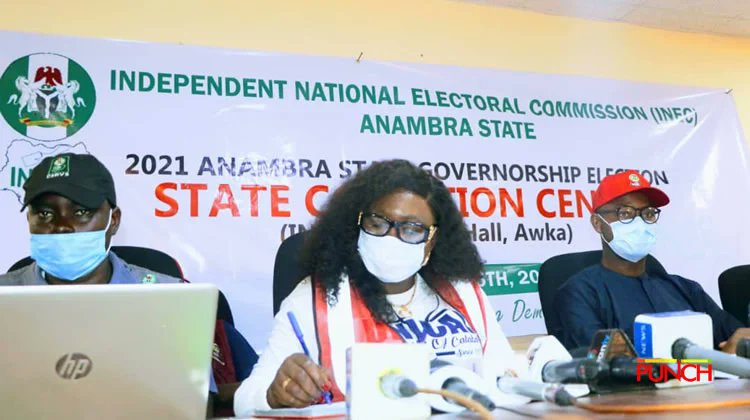 The Returning Officer of the Anambra State governorship election, Professor Florence Obi, has said that a supplementary election will hold in 362 polling units in Ihiala Local Government Area on Tuesday, November 9.

Citing the constitution, Prof. Obi noted that election had to take place in those polling units for the election to be conclusive.

She noted that election did not take place in Ihiala because there were reports of insecurity in the area.

Meanwhile, the candidate of the All Progressives Grand Alliance, Prof Chukwuma Soludo, leads with a total vote of 103, 946.

The final result is as follows: