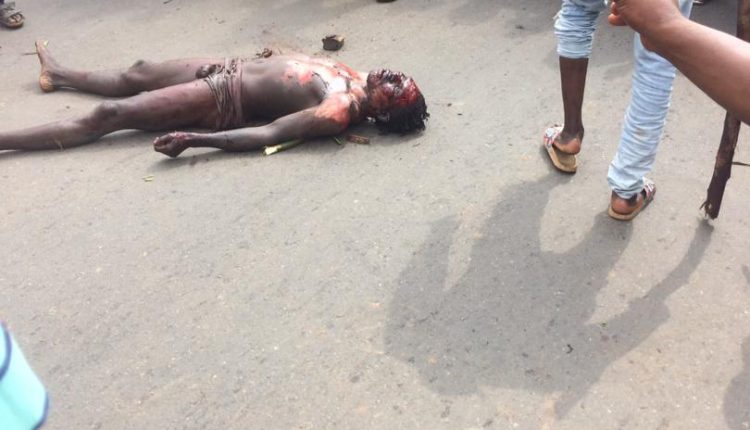 A suspected kidnapper, who pretended as a mad person, has been set ablaze by angry mob in Ibadan, Oyo state capital. GOALPOACHER NEWS has learnt.

According to an eyewitness, “a man who disguised as a mad-man was caught delivering a toddler to a venza’s owner.

“The delivery made bike-man chase him into the gutter and the man ran underground prompting bike-men and angry people to set fire to materials.

“The mad-man tried crawling into another underground but couldn’t withstand the heat which made him go out eventually.

“He was beaten and ran into the compound of Jogor-centre where he was brought out, beaten and set on fire.”

Names of six people were seen on the list out of which two had been killed, alongside A.T.M cards and knife.

France Only Offered To Assist Oyo With Loan, Makinde Did Not Request – Media Aide