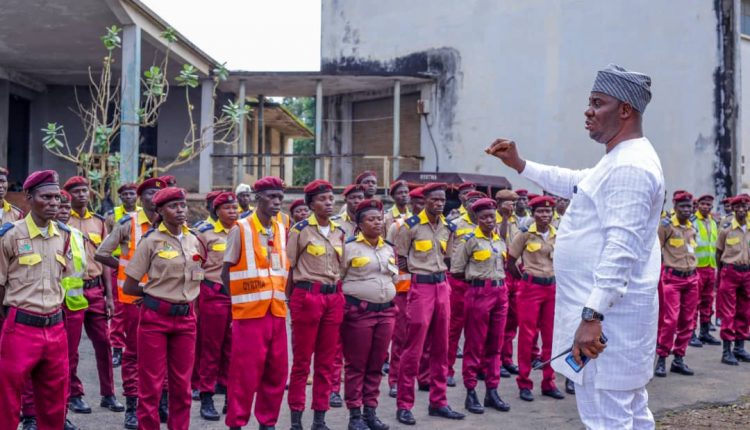 Oyo State Government has prohibited the practice of number plate removal from vehicles, motorcycles or tricycles by officials of Oyo State Road Transport Management Authority (OYRTMA) over allegation of contravening the road traffic laws of the state

The Executive Chairman and Chief Executive Officer, OYRTMA, Mogaji Akin Fagbemi, gave the warning on Thursday when he addressed men and officers of the agency in Ibadan, the state capital.

According to him, the practice completely negates the rules of engagement of the Authority as enshrined in the Oyo State Road Traffic Management Authority Law, 2009 as amended, saying the core mandate of the agency is to ensure safety on the roads by engaging relevant stakeholders, enforcing relevant sections of the law and enlightening the public on safety measures to take while on the roads.

He said: “Removal of people’s number plates does not in any way help in solving the problem of traffic congestion and road safety. It only creates acrimony and avenue for illegal extortion of motorists, which the authority kicks against in its entirety.

Setup your own platform that allows you to earn a minimum of ₦100,000 daily, payments are in US dollars, 100% legitimate .Click here to start now .

“The government of Oyo State, under the leadership of Governor Seyi Makinde is people-centric and would never embark on policies that negates the positivity and deliverables of the four cardinal objectives of the present administration in the areas of state security, improved health care delivery aystem, free, qualitative and compulsory education as well as economic growth.

“Therefore, as a responsible agency of government, we must operate in tandem with the laid down rules and regulations, particularly as enshrined in our establishment law. Any of our men or officers found wanting in this regards or reported to have contravened this directive would be severely sanctioned.”

Fagbemi also warned impostors, parading themselves as OYRTMA officials and causing untold hardships on the good people of Oyo State to desist or be faced with the full wrath of the law.