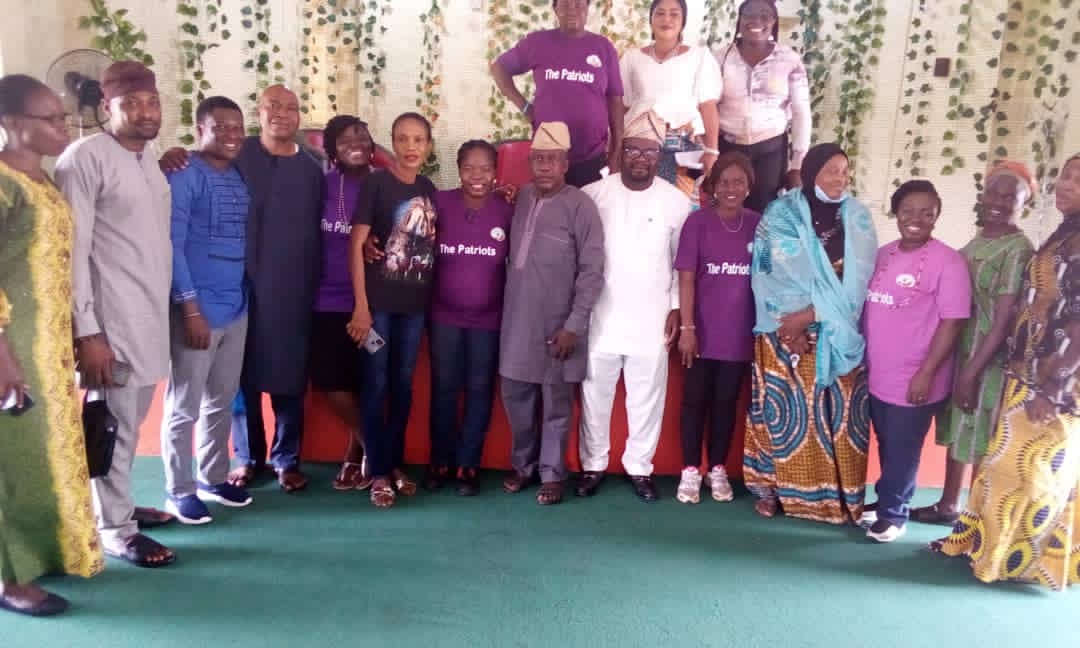 Mr Ayoade made this call on Friday, in Ibadan during the flag off of the campaign of Comrade Jadesola Ajibola and her team codenamed The Patriots, at the NUJ Press Center.

Ayoade urged aspirants is make their camping issue based especially on how to lift the association to greater heights.

The former NUJ Chairman noted that Jadesola Ajibola who is the incumbent Chairperson of NAWOJ Oyo State has a lot of achievements to her administration’s credit.

Contributing Oyo State Board Chairman, Community Social Development Agency, Hon Babatunde Essuola , opined that Ajibola’ s achievements speaks for itself both in the state and in the association..

Based on achievements of Ajibola’s led administration in three years on the saddle as the NAWOJ Chairperson Oyo State, Hon Essuola recommended her for another tenure to take the association to lofty heights.

In her remarks a representative of FOMWAN, Alhaja Ogungbenro, noted that The Patriots team is made up of women who are ready to work for the course of women and children.

In her speech the Secretary of the Campaign Committee of The Patriots, Yejide Ogundare, noted that the team is made of female journalists who are ready to sacrifice anything to touch the lives of humanity and have a better united NAWOJ.

Given her remarks Comrade Jadesola Ajibola of JAMZ FM, who is seeking re election pledged continuous collaboration and unity amongst female journalists in Oyo State.

While soliciting for members support, she assured women journalists of total commitment, dedication and improved networking relationship among the members..

Also speaking an aspirants in The Patriots team Comrade Kemi Oshin of the NTA Ibadan, who is vying for the post of the Auditor, said that the team is standing on the pillar of love adding that the team is ready to serve and impact in the of humanity.

During the event there were goodwill messages from well wishers to The Patriots team and all attesting to Jadesola Ajibola led administration’ s achievements in her first tenure.