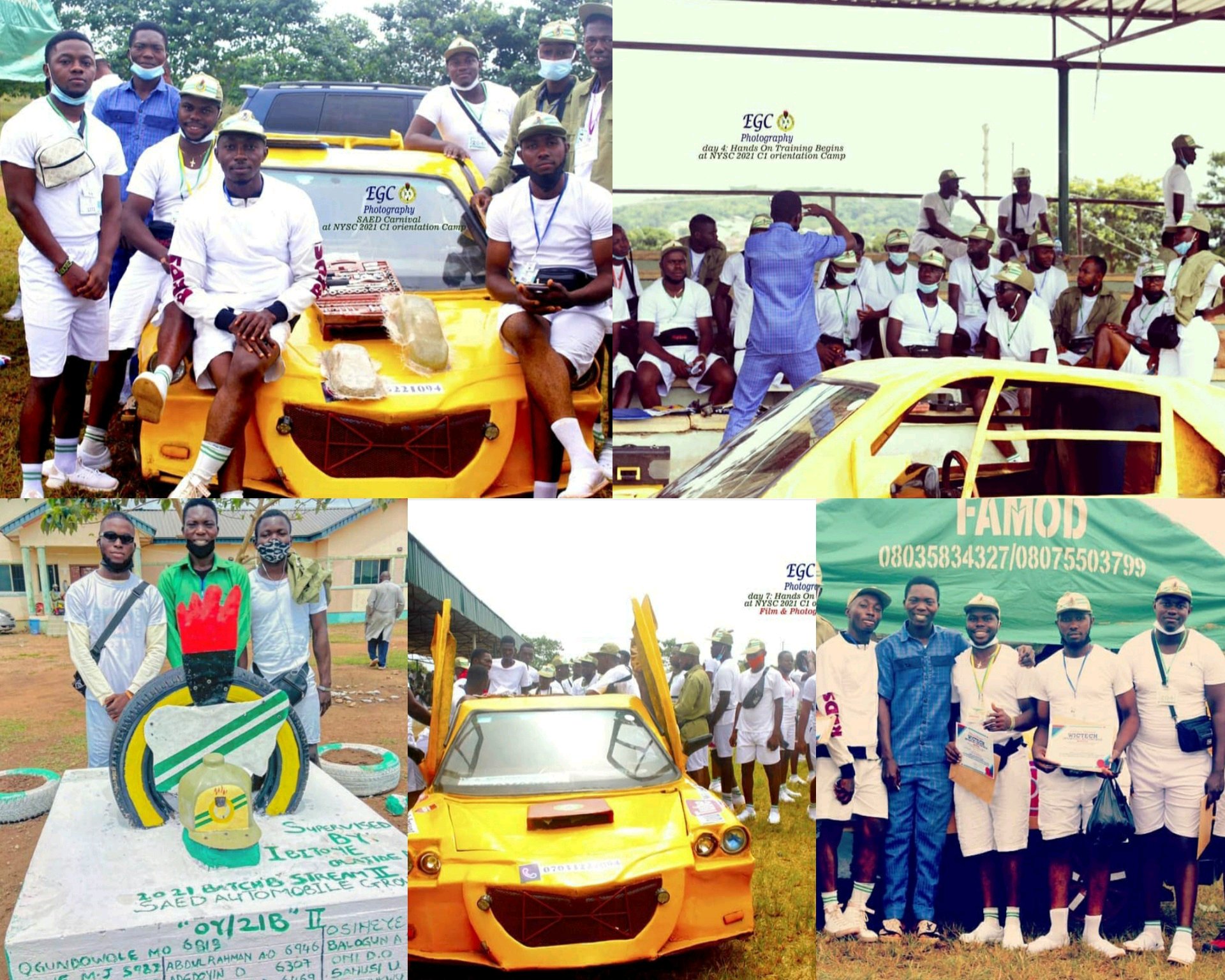 How Olatunde Ibitoye Became the Cynosure Of All Eyes At Oyo State NYSC Camp, Because Of His Talent

When people accomplish unimaginable feats, they are often referred to as talented or geniuses. There is a common misconception that talent is innate rather than learned; however, I disagree because there are people who achieve their goals through hard work and dedication. Talent is defined as the display of an exceptional gift, skill, or aptitude.

Olatunde Ibitoye, a young and talented Nigerian, successfully assembled automobiles from the ground up, combining creativity and dexterity. As a result of his creativity, he became the focus of all eyes at the NYSC orientation camp in Oyo State, proving that Nigeria is indeed endowed with talent.

People wanted to be around him in camp because they felt they would learn so many things from him and he made so many new friends while at the orientation camp in Oyo State.

Looking at how this guy put these automobiles together, I realized what it meant when they say “one man’s trash is another man’s treasure.” I’m not just taken aback by his inventiveness; the concept and execution are both excellent.

Allowing such talent to slip away could be a grave mistake. If the Nigerian government fails to recognize him and he receives an offer from one of the world powers, it would be a win for him and a loss for Nigeria.