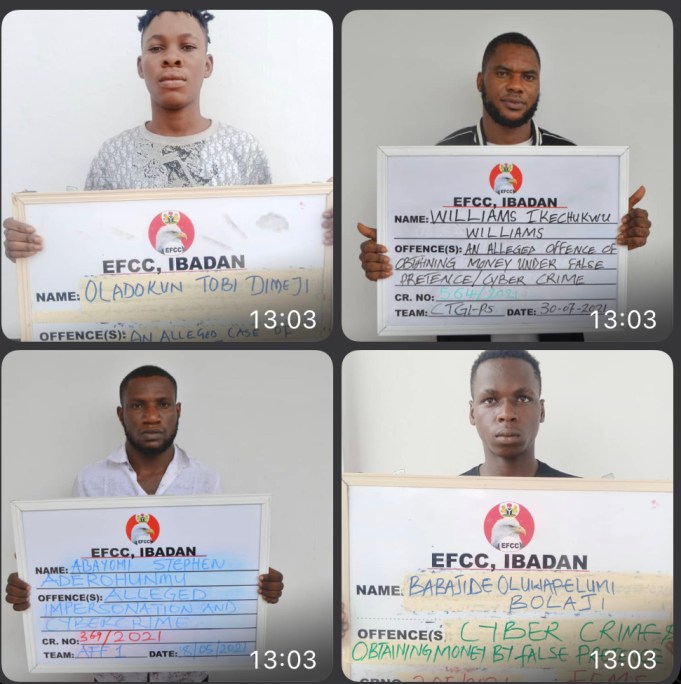 They were all convicted after pleading guilty to one count separate charges of fraudulently impersonating some foreigners, contrary to Section 22 (2) (b) (i) and punishable under Section 22 (2) (b) of the Cybercrime (Prohibition, Prevention, Etc.) Act, 2015.