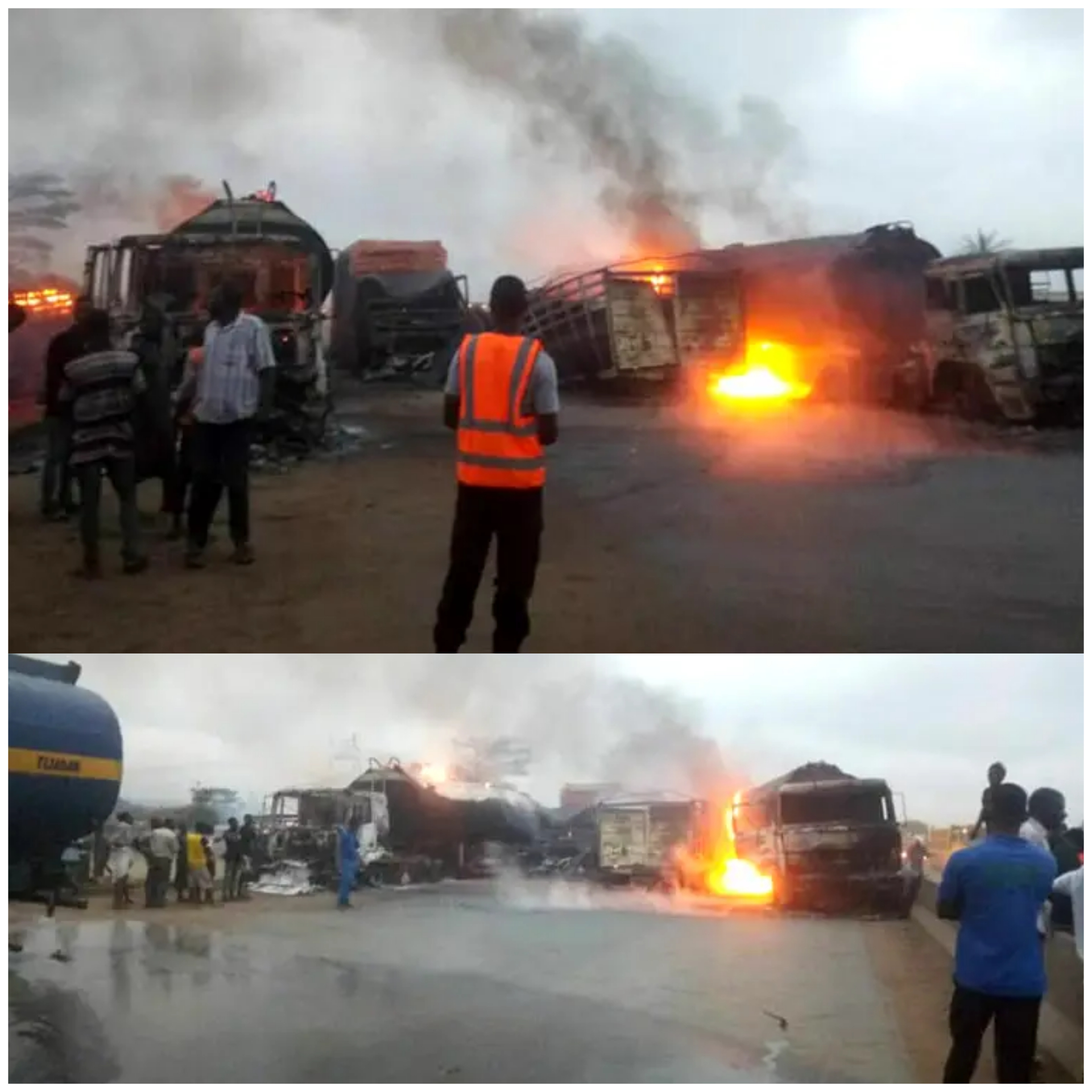 The Ogun State sector command of Federal Road Safety Corps, FRSC, Wednesday, confirmed that five persons were burnt to death in the early hours of Wednesday, as a petrol tanker burst into flames on the Lagos-Ibadan Expressway.

The Sector Commander of FRSC, Mr Ahmed Umar, said this in a statement he issued to newsmen in Abeokuta, the Ogun State capital.

Umar said, the accident occurred at 4:46a.m. around Tunji Alegi Filling Station Kwakyama area of Ogere on the Lagos-Ibadan expressway.

The sector commander said that the suspected cause of the incident was wrongful overtaking and dangerous driving on the part of the petrol tanker driver, who collided with a moving truck and it resulted into fire.

He noted that the five persons that died were recovered from one of the crashed trucks and were burnt beyond recognition.

He added that the corpses had been deposited at FOS morgue in Ipara.

“The FRSC wishes to inform the motoring public of the fire incident on the Lagos-Ibadan Expressway, which occurred in the early hours of today, involving a petrol tanker laden with Premuim Motors Spirit, PMS, around Tunji Alegi Filling Station Kwakyama Area of Ogere.

“This development called for caution as the spill has affected some other vehicles parked at the shoulder of the road,” he said in the statement.

Umar said that “a total of five vehicles were involved in the inferno and urged motorists to cooperate with traffic managers so as to reduce hours spent in the traffic gridlock.”

Meanwhile, the FRSC Ogere operatives are on ground to manage the traffic situation in order to reduce discomfort inflicted by the development.

He said that traffic had been diverted to avoid secondary crash and unnecessary loss of lives and property on the road.