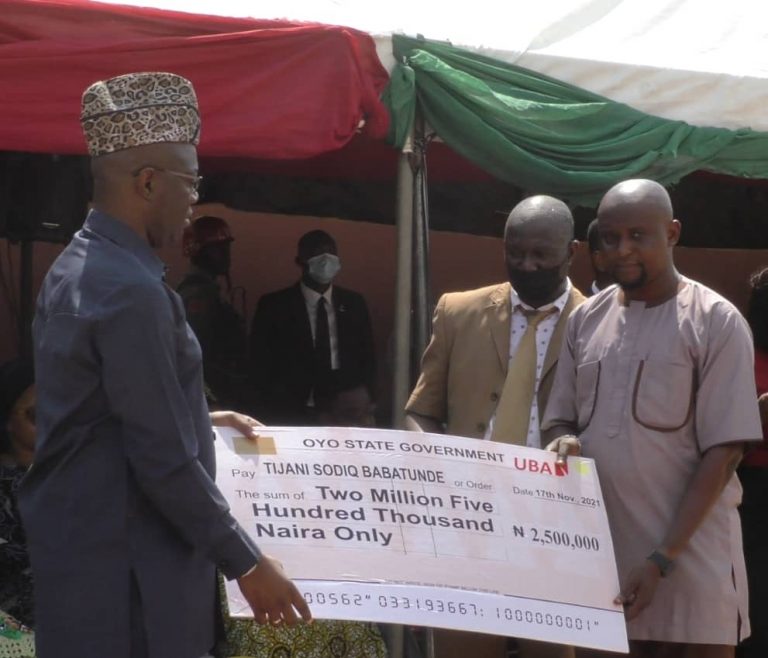 The commissioning took place at Conpole Agbaakin, along Old Moniya-Oyo Road, Akinyele, Ibadan, and involved the unveiling of new blocks of office and donation of a patrol van to the Security Network.

During the commissioning, the Governor presented cheques to the families of members of the corp who lost their lives in service.

Speaking during the presentation, Governor Makinde noted that the state government is giving back to the families of fallen Amotekun operatives to encourage other corp members to give their best pledging that the state will not ignore them.

Aderele Muritala Adeyemi, 42 years old who worked in Ibarapa Central and was represented by Aderele Qudus.

Azeez Ibrahim from Iwajowa was represented by Azeez Isiaka.

Meanwhile, the Governor also presented awards to outstanding members of the corp.