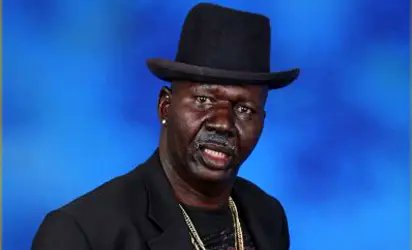 Popular actor Babatunde Omidina aka Baba Suwe who died on Monday, November 22, 2021, he is yet to be buried according to Islamic rites.

The late actor’s first son Adesola Omidina in a chat with the Best Of Nollywood, insists on being present for his late dad’s burial.

The Nation learnt Adesola resides in United States of America and has instructed the remains of his late father to be embalmed ahead of interment.

Adesola in a chat with Best Of Nollywood on Tuesday released the burial arrangements.

“The final funeral ceremony will be announced later. Baba Suwe is survived by children, grandchildren, aged mother and family.”

However, Best Of Nollywood on Monday night said Islamic clerics who have been contacted have revealed that they would not be officiating at the burial and interment proceedings of an embalmed corpse.