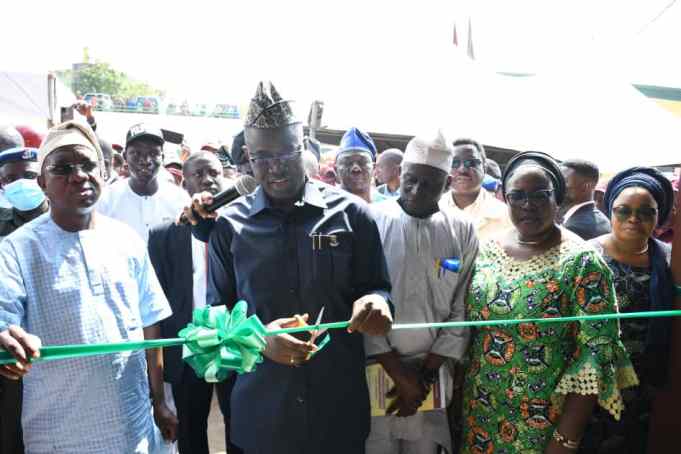 Akinyele LG’ll Be Centre Of Ibadan, Richest In The Next 10 Years — Makinde

Akinyele local government will be the center of Ibadan and the richest in the next ten years, Seyi Makinde, governor of Oyo State, has boasted.

Makinde disclosed this at the first anniversary of the Oyo State Security Network Agency codenamed Amotekun Corps, and the commissioning of the Ultra-Modern state headquarter of the outfit in the council area.

According to him, “I specifically requested that the Headquarters of Amotekun Corps be cited in Akinyele Local government area. Now, let me explain why to you. If you look at Ibadan today, you think the centre is at Dugbe. But in ten years time, I can guarantee that the centre of Ibadan will be Akinyele local government area. It will be our own Victoria Island and Ikoyi.

“Write it down and I stand to be challenged later in future. Akinyele local government area will be the richest LG in Oyo State in another ten years,” he said