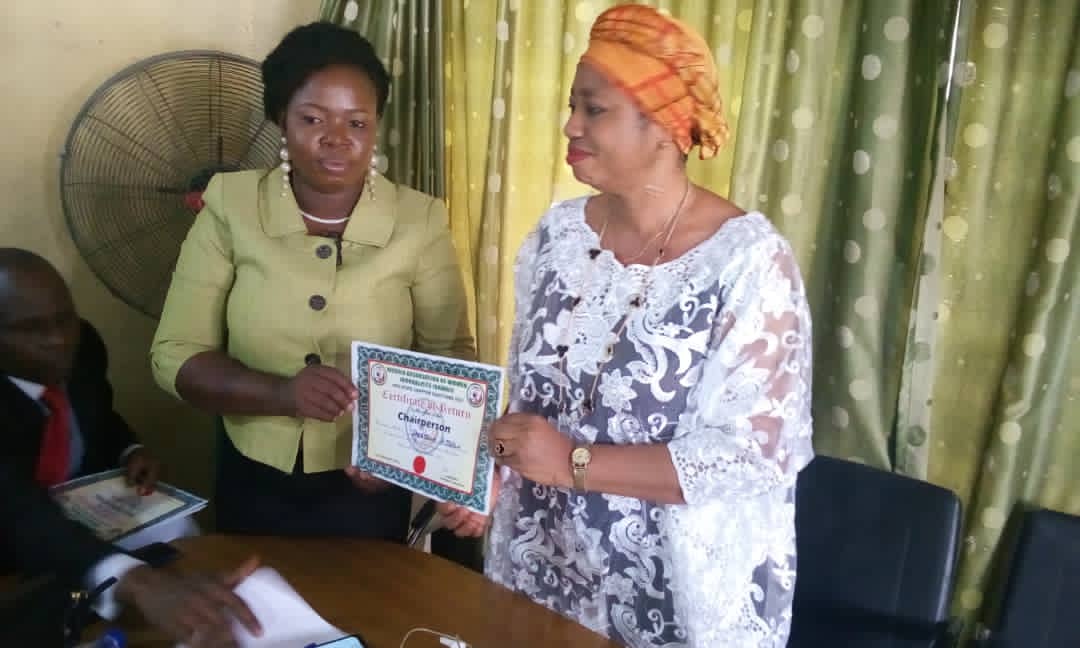 She urged the new executive members to bring all members together, serve deligently and promote peace among members.

The Vice President of NAWOJ, Comrade Omobola Akingbehin who presented the certificate of return to all the contestants, advised the all members to work together to move the association for and promote the pen profession in Oyo state and Nigeria.

The newly elected Chairperson, Comrade Jadesola Ajibola assured all members that the second term will be better and welfare of members will be topmost on the agenda.

She noted that NAWOJ is one family and as sisters, the Patriotic agenda will be actualised.

Other members of the newly elected state officers are Comrade Seyi Bamidele as vice Chairperson, Comrade Stella Oyebanji as secretary and Comrade Peju Oyelakin as Treasurer