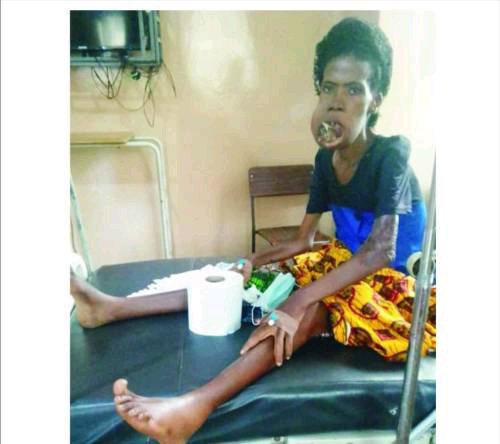 Efforts to locate Samuel by family members since September 2021 had been futile as his mobile number remained unreachable.
A cleric of the Christ Apostolic Church (New Glory of God Parish), Ogbomosho, Oyo State, Solomon Samuel, has absconded with money meant for the treatment of his ailing wife, Olayinka.

The pastor was said to have used the ATM card of his 39-year-old wife to clear the money in her account and also collected funds raised by family members for the treatment before disappearing.

SaharaReporters learnt that efforts to locate Samuel by family members since September 2021 had been futile as his mobile number remained unreachable.

Speaking with SaharaReporters, a family member narrated, “About eight months ago, there was a misunderstanding between Pastor Samuel and his wife over N2,000 he took from where she kept it inside their house.

“The money was given to her by a client to purchase an item to make a dress but the pastor took the money and spent it. After the wife asked him to refund the money, it led to serious argument between them. He thereafter placed a curse on her, saying that a sickness that would take her life would come upon her soon.

“After two months, the wife developed a disease in her mouth that saw blood dripping from her gum. Despite this sickness, Pastor Samuel refused to take her to the hospital for treatment.

“His wife gave him her ATM card to withdraw some money from her account for them to go hospital; the pastor collected the money and spent it on a different thing.

“When the bleeding became persistent, the woman was advised by a doctor to go to University College Hospital in Ibadan for treatment. It was there it was discovered that she had cancer of the mouth.

“The families of the wife and the pastor summoned him to a meeting to confirm why he had not taken her to hospital all the while but he gave them no concrete reason.

“After serious prodding from both families, Pastor Samuel confessed to being behind his wife’s predicament. He promised to reverse the curse he placed on her during that meeting but he never did.

“His whereabouts has remained unknown since that period. We went to his house in Ogbomosho but he is no more there. His family members also said that they don’t know his whereabouts. We are appealing to all members of Christ Apostolic Church worldwide to save the woman from Pastor Samuel,” a family member told SaharaReporters on Monday.

Olayinka, who has three children for Pastor Samuel, has been unable to eat for the past five months, her family revealed.

She is said to be constantly on drip and receives at least three pints of blood every week due to the constant bleeding from her mouth — a development the family says has drained their already lean pockets.

“We spend close to N100,000 every week on her treatment for the past four months but the bleeding has not stopped.

“She needs to go for a treatment in Lagos that costs N1.6million but we don’t have that type of money. We are afraid for her life, she does not deserve to suffer this way. Pastor Samuel must be arrested and made to answer for her condition,” one of her relations added.

An aunt of the accused, who asked not to be named, disclosed that they were working with Olayinka’s family members to locate the fleeing cleric and also raise funds for her treatment.

“We are all working together to locate Samuel. Wherever he is, he must be fished out to answer for the suffering of his wife,” the elderly woman said.