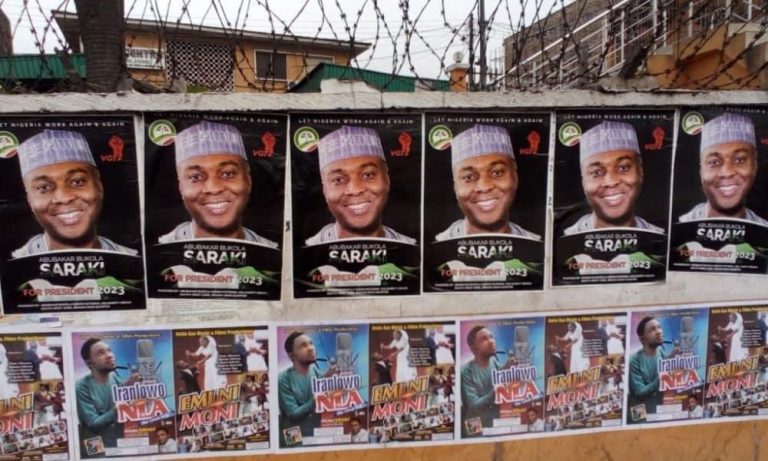 The posters sighted in strategic places in Ibadan, came with the slogan, “Let Nigeria work again and again. Abubakar Bukola Saraki for President 2023.”

It is however not clear yet if the former senate president is aware of the posters.

Recall Saraki was the Governor of Kwara state between 2003 and 2011 on the platform of the Peoples Democratic Party (PDP).

Saraki who moved from PDP to APC after ruling Kwara state for eight years, later became Senate President between 2015 and 2019.

He then left APC and rejoined PDP during the buildup to the 2019 general elections.

Our correspondent, however, observed that the posters with Saraki’s pictures, PDP logo and his presidential ambition ahead of the 2023 election, can now be seen around some locations like Mokola, Roundabout, Uncle Joe and Adamasingba.

Newsmen who went round major streets of Ibadan for observation of the development on Monday, disclosed that the posters were likely to be pasted in those strategic locations on Sunday night.

As at press time, efforts to know those who pasted the campaign posters proved abortive.