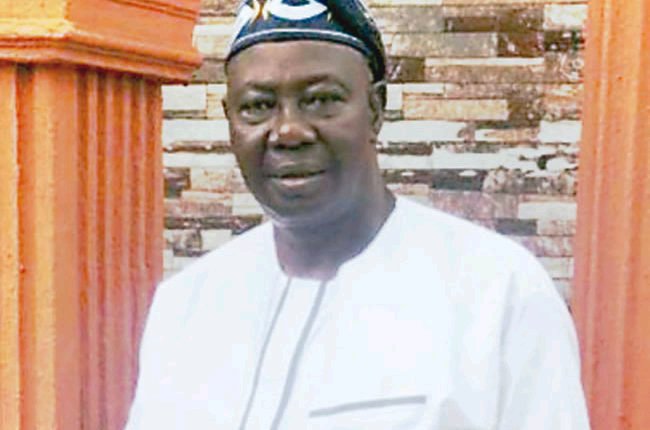 In this interview with WALE AKINSELURE, Chairman of the Oyo state chapter of the Peoples Democratic Party (PDP), Honourable Dayo Ogungbenro speaks on the agitations of aggrieved party members in the state.

Recently, a chieftain of the Oyo state chapter of the Peoples Democratic Party (PDP), Alhaji Adebisi Olopoeyan described the likes of former governors Lam Adesina, Rashidi Ladoja, Adebayo Alao-Akala as professional politicians and that Governor Seyi Makinde cannot be described as such having lost several elections until the last he won as a result of the coalition.

What do you make of that assertion?

That perception of Governor Seyi Makinde being the stumbling block is very wrong. It is wrong in the sense that normally you have to give a sitting governor a chance; you don’t lord it over him. Even last Friday, His Excellency said publicly at our stakeholders meeting that he is going to meet some of the aggrieved PDP members that day. I gave the analogy that the way you approach an aspirant is different from the way you approach a candidate and different from the way you approach a sitting governor. I have had opportunity to be where our principal invited the aggrieved members, you don’t insist. In politics, it is natural to have ambitions but you don’t put your ambition on concrete because the ambition might not see the light of the day. There must be contingency. If you put it on concrete, it might be difficult and that is what is happening. Engineer Seyi Makinde is not a stumbling block in any reconciliatory move.

You mean the aggrieved party members have cast their requests in concrete.

That is it; you have to be flexible. Then no matter the age of the governor, the governor is the number one citizen of the state whether you like it or not.

Specifically, is request for some appointments one of the issues the aggrieved party members has cast on concrete?

Well, it might be one of that but I don’t want to delve into that. Let them sort it out with the governor but my appeal is that they should allow reasoning to prevail. You cannot say because you are my father, you drag me up and down.

Politicians work to be compensated. It is already two and a half years and several appointments have been made, yet it looks as if the governor is not really willing to allow the aggrieved members have appointments they desire.

That is your view. Some of them are part of the last appointments. For example, we have Bola Akinyemi who is on the board of Ibadan Polytechnic. But, have you ever seen a governor with such level of magnanimity where people are appointed into government and are still working against the government. Some of them are working against the government. Do you think everybody that worked for the installation of Seyi Makinde as governor will get appointments?

If you were to rate appointments made thus far, how much percentage will you say the governor has compensated those who worked for him?

Appointments were made into local government areas and local council development areas and the list was withdrawn by the governor owing to some irregularities and complaints from your party members. Was the list withdrawn to accommodate the aggrieved or what?

It is a statement of fact that the list was withdrawn because His Excellency wanted to straighten few things. He insisted that all shades of political tendencies in the local government should be involved but there were allegations here and there that some people were not carried along. As a result of this, he decided to withdraw the list to see for himself. I was part of the screening committee and for almost two days, we did not sleep. What we did was that we involve the leaders of each local government to agree or disagree on each nominees as they are reeled out by the Chairman of the local government. If one out of nine people raises objection, that objection will be listened to. If it is listened to and becomes credible, necessary adjustments will be done. That is what we did to ensure that everybody is carried along in the formation of the local government executives. Just like he promised, we reserved 30 percent for the so-called coalition parties. In fact, there are hues and cries about this but the governor insisted that the coalition parties must fill designated slots. In recent time, I have never seen a governor that does that. We are done with checking the list and any moment from now, the Commissioner for Local Government and Chieftaincy Matters will release the list for local government excos. Where they fail to agree, His Excellency instituted another three-member committee led by Engineer Hamid Gbadamosi, the former deputy governor from Saki, and Dr Kola Balogun and my humble self to take on such a local government and help them to iron things out and accommodate all shades of political opinions. Politics is essentially about compromise and we cannot move forward without compromise. The governor is performing and the party must be seen to be performing.

It has been observed that parties strictly follow the dictates of the governor or President, as the case may be. Why is it difficult to have parties function separate from the governor as it used to be in the First Republic?

Do you think such system is healthy for party politics, on the one hand, and good democratic governance, on the other hand?

That will be my pride as party Chairman. After two years, you should decide what you want to do, particularly those coalition parties that really cannot win election.

Can PDP and Seyi Makinde, if he runs for a second term, succeed without bringing the aggrieved members on board?

We will try to bring all of them on board. But, on the issue of whether he will succeed or not, I am very sure we will succeed. We will try our best to bring them on board but if by any act of omission or commission, we do not fully succeed, we know that the good people of Oyo state are enjoying democratic dividends from this government and we can bank on that for our success in 2023.

The All Progressives Congress (APC) in the state is regrouping, why do you think Makinde has done enough not to allow the APC reclaim the state in 2023?

Whatever the APC is doing now is a plus to the PDP. Is their so-called re-grouping how to re-group? APC ruled this state for eight years. I am from the Oke-Ogun axis of the state and they failed to patch road there. Within two years, the governor did 65kilometres Moniya-Iseyin road. When our last governor went to Saki and the people asked to be saved from the dust they constantly face. The last governor asked that wives be tasked to wet the roads every morning to cushion the dust. The Saki Township Road is now tarred. The Iseyin to Oyo road is already flagged off. The governor asked me to inspect the road from Iseyin to Oyo and I saw that the road has been bulldozed and the contractor promised that by December 25, he must have done the asphaltic tarring of at least eight kilometers of the road. There is also the contract for Saki to Igboho road. Do we talk about payment of salaries as and when due. He even paid on the 16th of the month; have we ever experienced this in the state? Even if the so-called big men feel they are not enjoying the government, the masses are enjoying the government. What is on ground is definitely enough for my governor to have an easy ride come 2023, and we will continue working.

Has the governor told you that he is re-contesting in 2023?

He has said that everything is in the hands of God and that is the reality on ground presently.

What if he says he is not contesting for governorship in 2023 so as to face other aspiration or ambition?

He has the benefit of first refusal but let us wait till that time. If he says he is not contesting, an historian is with his or her biases, but we want him again. The people of Oyo state want him again. He is doing fantastically well.

Surely, you must be one of those on the side of Seyi Makinde being regarded as leader of the South West PDP, but there is a lot of factions across state chapters in the zone. What does this say of Makinde’s leadership of the party in the South West?

We are playing politics and politics is essentially about interests. Once you feel your interests might not be safeguarded, you play any prank you like. Seyi Makinde is the only PDP governor in the SouthWestern geopolitical zone. And experience abounds. When ex-governor Ayodele Fayose was the only governor, we knew what he did. We have three good positions from the National Working Committee: Lagos/Ogun, Oyo/Osun, Ekiti/Ondo, he took two and every entreaties to settle was rebuffed. So, we slugged it out at Osogbo. I was in Abuja for about eight days and didn’t sleep for five hours; the governor did not sleep too. I have not seen a governor as magnanimous as Engineer Seyi Makinde. At a point, Saraki came and asked Makinde to shift governor, that is a sitting governor should shift ground for a former governor. Have you heard of that before? And the governor was magnanimous enough to shift ground. The man advised Governor Makinde to shift ground not to have the congress in Oyo and shifted ground because he wanted peace. The governor said it should be shifted to Lagos and this people insisted that it should go to Ogun state. That was when the governor suggested a middle-of-the-road approach to the issue and that was how we settled for Osun state. To know the popularity of Seyi Makinde, we did not pay any delegate a kobo until after that congress.

Are you saying he is the undisputed leader of the SouthWest PDP?

That is an understatement. He is the undisputed leader. You can see the preeminence of his position even at the National Convention.

What kind of presidential candidate can the PDP present in 2023 to defeat the ruling APC?

What are the credentials of the APC led federal government, if we are in a very good clime with woeful performance of the federal government? It is very unfortunate the Nigeria factor is there. We only pray our leaders will agree between themselves and present the best to take us out of this rubbish. This is a very clueless government. With what is happening, do you want the APC to completely ruin this nation? I am very sure the Nigerian masses are looking for PDP to take over. Look at our convention, it was a classical exercise of deepening democracy. Let us see how they will do their own convention when they cannot organise a congress at the state level. This is the best time the Nigerian masses are yearning for the coming back of the PDP. With what our leaders have done so far, it seems they are prepared to come round to rescue the people of Nigeria from this people called APC.

Upgrade of Oyo State Website at N17.5m, A Fraud or Great Value for Money?