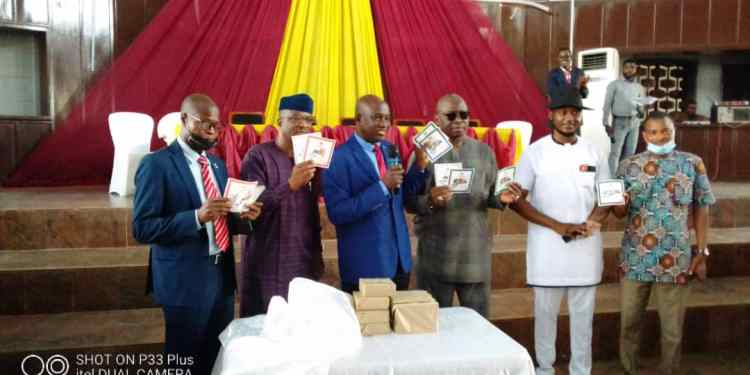 Oyo State Government, on Tuesday, cautioned vehicle, tricycle and motorbike operators and other corporate bodies operating a fleet of vehicles in the state against importing or using mobile advert stickers different from the ones produced by the Oyo State Signage and Advertisement Agency (OYSAA).

The Director-General of the agency, Hon. Temilola Adibi, who gave the warning during the launching of 2022 OYSAA Mobile Advert Stickers at the state secretariat, insisted that anyone or corporate body caught flouting the directive would be duly prosecuted.

While calling for sustainable synergy between mobile sticker consultants and interested parties based on trust in the interest of all, He noted that revenue sub-consultants, as well as vendors, should represent the state well in the discharge of their assignment on the field in line with the provided extant laws.

Speaking further, He explained that the 2022 mobile advert stickers as unveiled was meant to be administered on branded vehicles belonging to individuals and corporate enterprises, adding that the government has intensified effort in getting rid of charlatans disguising as government officials to collect revenue from the public.

In his remark at the event, the chairman of Oyo State Board of Internal Revenue, Femi Awakan, said the state government has remained committed to boosting the state revenue to facilitate socio-economic development, urging stakeholders to cooperate with the government.

Also speaking at the event, Managing Director of the ITC Advisory Services, Hon. Tunde Adaramaja, in his remarks, also urged all stakeholders to patronise the agency and play their part in the development of the state.

He also charged the OYSAA to take appropriate steps in creating awareness to residents of the state about the availability and sales of the stickers, as well as ensure there is compliance and adequate enforcement of rules and regulations.

He said: “The truth is we need to play our part in improving the economy of this state. We must also have it at the back of our mind that His Excellency Gov. Seyi Makinde needs to be encouraged by doing our bit because sales of these stickers mean revenue for our government.”

He, however, assured that appropriate and necessary procedures will be put in place to ensure the seamless and swift sale of the Mobile Stickers to stakeholders involved in the state.