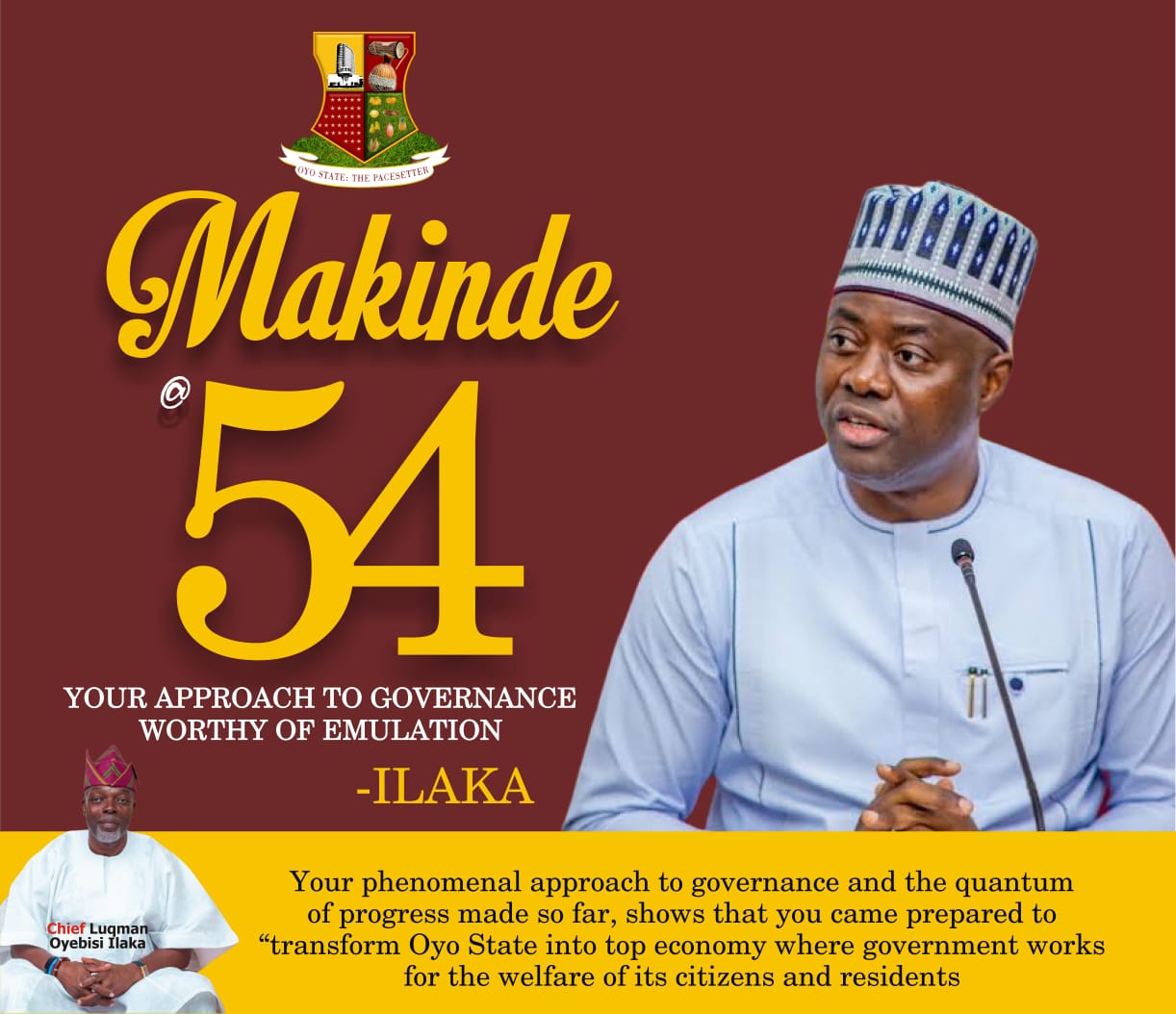 Makinde @54: Your Approach To Governance Worthy Of Emulation —ILAKA

The Ladilu of Oyo Kingdom and immediate past Chief of Staff to the Oyo State Governor, Chief Luqman Oyebisi Ilaka has felicitated the Executive Governor of Oyo State, Engr Seyi Makinde, on his 54th birthday.

Ilaka, who recently declared to run Oyo Central Senatorial District race in 2023, in a statement, described Makinde as an administrator sent to free Oyo State from mismanagement and maladministration of the eight years before his advent in 2019.
He said Makinde’s approach to governance which places emphasis on people, placing them at the centre of government actions and policies is worthy of being emulated.

Chief Ilaka praised Makinde on his phenomenal approach to governance and the quantum of progress made so far, saying he has shown that he came prepared to “transform Oyo State into a top economy where government works for the welfare of its citizens and residents.”

” Today as you turn 54, may you continue to grow in wisdom and strength to develop Oyo State to an enviable position in the Southwest and Nigeria at large.

The Ladilu of Oyo kingdom also used the opportunity to call on residents to reflect on this season, while enjoying everyone to love, care, give to those who are in dire need, pray for the continuous progress of Oyo State and Nigeria at large.

You’re A Blessing To This World—Benedict Akika Celebrates Gov. Makinde @54

Be Your Brothers Keepers, Reflect On The Love Of God And His Teachings—Hon Akinajo Admonished Christians