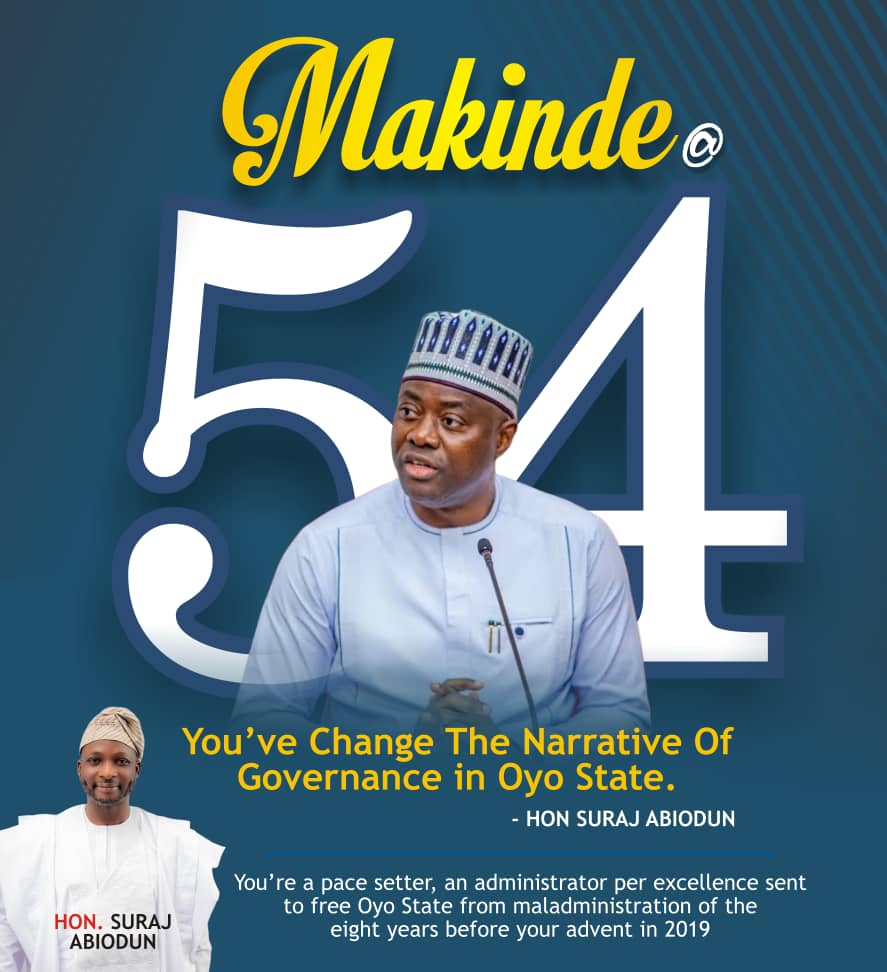 A member of the People’s Democratic Party (PDP) and a federal representative hopeful
Hon Oloye Suraj Abiodun purpolarly known as TIAMY had joined millions across the world to felicitates with Governor Seyi Makinde on his 54th birthday anniversary.

Hon Suraj, who recently declared to run for Akinyele/Lagelu Federal Constituency in 2023, in a statement made available to TODAYSPLASH described Makinde as a pace setter, an administrator per excellent sent to free Oyo State from mismanagement and maladministration of the eight years before his advent in 2019.

He said Makinde’s approach to governance which places emphasis on people, trusting and Placing them at the centre of governance, making decisions, policies worthy of being emulated, today other states are envious of your great achievements.

Hon Suraj stressed that Makinde led administration had completely changed the narratives and genuinely restored hopes and futures into lives of indigenes and general inhabitants across the length and breath of the state.

He said the state had regained its pride in being a pacesetter in all areas of human endeavours, strategically changing the narratives on areas of education, security, youths’ empowerment, infrastructures, sports and agriculture among others.

Hon Suraj stressed that Oyo State has now become a tourist centre where people within the country and in diaspora can visit and have their goals fulfilled.

Your 54th Birthday is Worth celebrating, because the last 12 months has tremendously impacted many, developed our dear State in all sector’s economically.

May your day’s be long on earth, may all the good tidings you’ve brought to Oyo State return back in thousands folds, the statement reads….