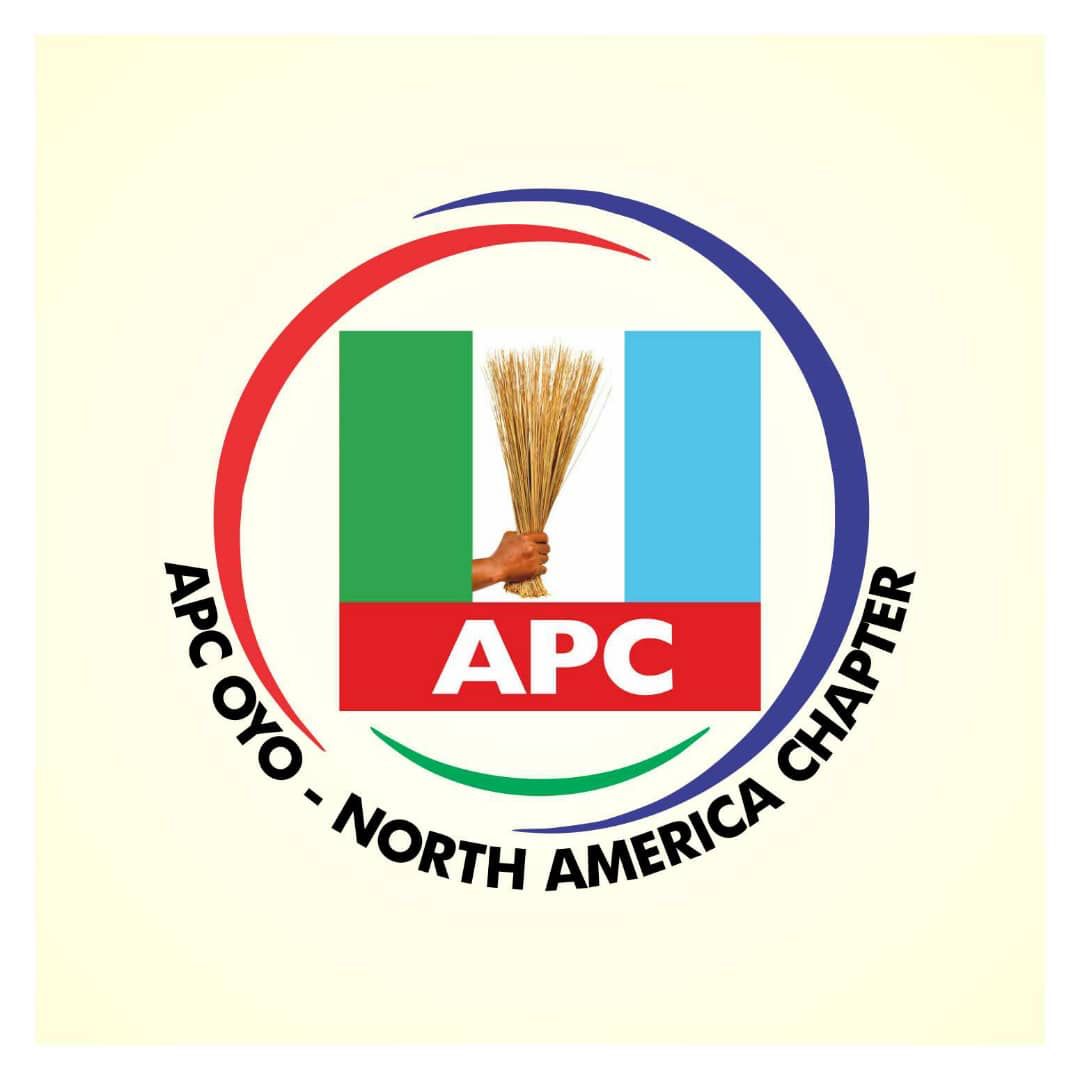 The Oyo State All Progressive Congress ( APC ), North America Chapter has appealed to all party leaders and members who are having political grudges in the state to unite and be ready to work together for the overall interest of the party.

The North America Chapter of Oyo APC described the season as a time to show love and be charitable as ordered by God that everyone should give food to the hungry, shelter to those who have none, and clothes to the poor.

In a press statement signed by the Chairman, Secretary and Treasurer of Oyo state APC, North America Chapter, Hon Olalekan Sanni, Hon Niyi Adekola and Mr.
Ibrahim Danesy, made to made available to Journalists in Ibadan, they stated that it is high time Oyo APC party stakeholders chose to move forward, forget the past, and work together to reclaim the state, which is traditionally an APC state.

According to the statement ”We wish all our party chieftains, leaders and loyalists in Oyo state a Merry Christmas and welcome them all into the new year.

“It is very necessary to remind the party stakeholders and members of our party, APC use to be a formidable political party in the state, though, it remained the most tested and trusted political party, so, it is still very important for every members to sustain this, work in unison to reclaim the power in 2023.

“ Our party (APC) is the only organic political party in Oyo state that has remained a credible, tested and trusted party since its formation 2011, given this, we urged the warring chieftains to sheathe their swords, jettison bitterness and adorn a forgiving spirit in the interest of the party.

“We want our party stakeholders to have a frantic discussion about the protracted state congress crisis and the need for mutual forgiveness and peace, 2022 is a year for our party in Oyo state to embrace truce, to work jointly for victory in future elections,” the statement read.