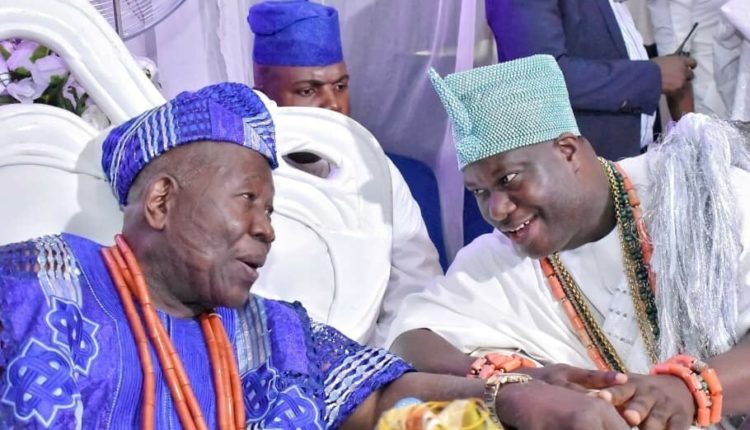 The Ooni of Ife, Oba Adeyeye Enitan Ogunwusi, has condoled with the entire Oduduwa race worldwide over the demise of the Olubadan of Ibadanland, Oba Saliu Akanmu Adetunji, on Sunday.

The Ooni of Ife, in statement through his Director of Media and Public Affairs, Moses Olafare, described the late Oba Adetunji as a great monarch whose reign would forever be remembered for the tremendous developments brought to Ibadanland in particular and Nigeria at large.

“Olubadan did not let the features of old age hold him back during his lifetime as he was active to projects, programmes, plans and other activities towards making life better for his subjects. That is why his return home would be missed greatly by all.

“Though it is a tough way to start the year, we must submit to the will of the Almighty Olodumare for the life of Oba Adetunji which was well-spent serving humanity.

“Our thoughts and prayers in the House of Oduduwa are with natives as well as residents of the ancient city of Ibadan and the entire Oduduwa race globally at this material time,” the Ooni said.

Oba Ogunwusi had earlier in December described the Soun of Ogbomoso, Oba Oladunni Oyewumi and the Olowu of Owu, Oba Adegboyega Dosunmu, who recently joined their ancestors as monarchs who added values to the larger House of Oduduwa.

The Ooni of Ife disclosed that the trio of Soun, Olowu and Olubadan led administrations of growth and all-round development in their respective domains during their reigns.