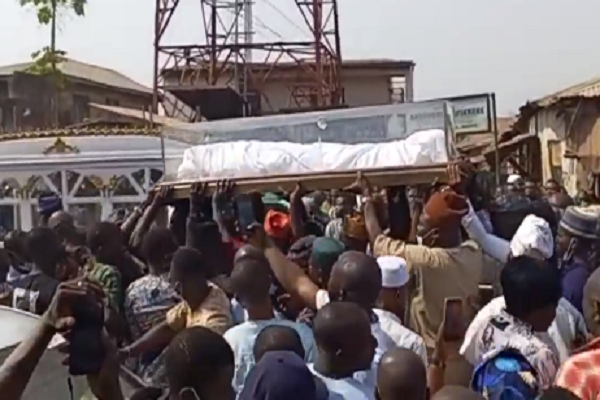 The remains of the Olubadan of Ibadanland, Oba Saliu Adetunji, are on their way to Mapo Hall, the centre of the Ibadan city, for a fidau ahead of his interment.

The monarch was carried in a transparent casket from his Popoyemoja Palace into the hearse by hundreds of youths and Ibadan indigenes.

The Palace had been biseged by Ibadan residents as early as 8am as soon as the news broke.

The hundreds accompanying the hearse will walk the about three kilometers distance through the streets on foot.

JUST IN: Igboho’s Lawyer Not Authorised To Speak For Him, Says Group