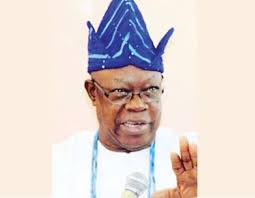 The Dilemma of Lekan Balogun: Can a Man Be King Twice?

Sunday, August 27, 2017 was a day of victory for twenty-one High Chiefs and Baales in Oyo state as they were elevated to Oba status by the Late Senator Abiola Ajimobi-led government. The elevated Obas passed through spiritual rites and proceeded to receive their beaded crowns and staff of office from the Governor, Late Ajimobi.

Not satisfied with what seems to be a disruption of traditions, the Osi Olubadan of Ibadan who is also a former governor of the state, Chief Rashidi Ladoja secured a court judgment against the processes that led to the promotion of his colleagues (High chiefs) to the kingship status by Gov. Ajimobi.

However, in 2018, in a deft manoeuvering, Governor Abiola Ajimobi got traditional backing for the Ibadan High Chiefs recently sacked by the State High Court as the Alaafin of Oyo, Oba Lamidi Adeyemi, in what was described as a State Council of Obas Consultative meeting, recommended the affected chiefs and 40 others for beaded crown-wearing and coronets bearing Obas in the state.

Unlike the August 27, 2017 elevation and promotion of eight High Chiefs to beaded wearing Obas and about 13 Baales as coronet-bearing rulers, the latest development was anchored on the recommendation by the State Council of Obas.

Yesterday, January 2nd, the Olubadan of Ibadanland, Oba Saliu Akanmu Adetunji, Aje Ogungunniso I joined his ancestors at the ripe age of 93, throwing the whole city into mourning. But, while a portion of the city was mourning, well-wishers were thronging into the house of the presumed to-be King, the Otun Olubadan, Oba Lekan Balogun to congratulate him on his accession to the throne of his fathers.

This births the question, can a man be King twice? Can an Oba be “Oba” again?

Most of the pictures circulating on social media shows the presumed king-to-be in a beaded crown. This makes one wonder if a crown is needed on another crown.

Few hours ago, an Ibadan-based legal practitioner, Michael Lana petitioned the incumbent Governor of Oyo State, Engineer ‘Seyi Makinde over attempts to install the Otun Olubadan as the next Olubadan of Ibadan land.

The legal practitioner in the letter said, “Now, may I draw your Excellency’s attention to the fact that in committing this aberration which changed the Ibadan chieftaincy customary law, the Olubadan chieftaincy declaration of 1957 was not amended and that remains extant.

“Under that declaration and all relevant laws, no Oba can ascend the throne of Olubadan.

“In other words, as long as the High Chiefs still cling to the title of Oba, they cannot ascend to that throne and any installation of any of them during the pendency of that suit is illegal, null and void.

“In the entire history of Ibadan land, we have never had such a situation where the legality or otherwise of the installation of the Olubadan would be an issue and this was what your predecessor did not take into consideration”.

This leaves us with the question; Who will win the race to be the next Olubadan of Ibadan? The Otun Olubadan who is the presumed king-to-be but who has been made a king by the past Governor of Oyo State and the State Council of Obas? The Osi Olubadan who single-handedly fought against the process? Or perhaps any one of the other chiefs who have been made Obas by the state government?

We will know in a few weeks but as things are turning out, it seems as though Ibadan is not going to have a king for a while…

Elevation That Made Us Royal Majesties, Did Not Affect Our Respective Offices, Neither Did It Preclude Any Of Us Not To Be Olubadan—Olubadan-in-Council Speak After 2hours Meeting Held At Chief Lekan Balogun Residents

How Legal Fireworks May Stall Installation Of New Olubadan

Alao-Akala: When Not To Die