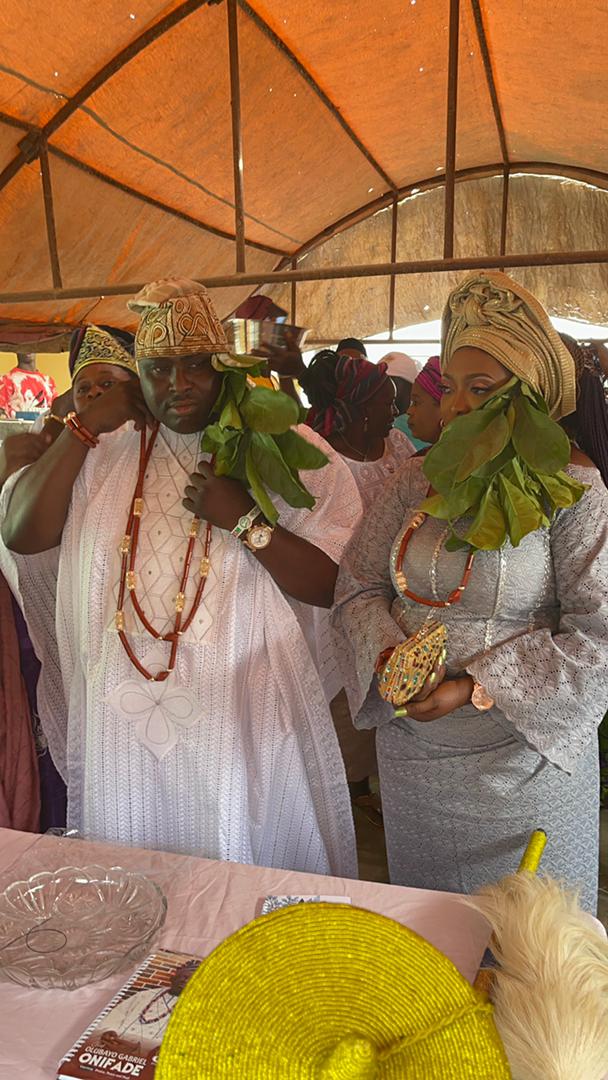 No doubt, these are happy days for the founder of Omitutun- Benedict Forum, Mr Benedict Akika, a philanthropist and celebrity businessman of repute as he was installed as Agba Akin, Olorunda Abaa, Lagelu local government of Oyo State by His Royal Highness, Oba Samuel Oludele Abiodun Folarin (JP).

Benedict, who is famous for his philanthropic heart and well-liked by his people has added another feather to his cap. He was installed alongside his beautiful wife, Bidemi Abigail Akika.

The chieftaincy title is a testament to Benedict popularity among his people and more importantly, in recognition of his charity activities aimed at socioeconomic development of his beloved hometown, Ibadan. He has done a lot in the area of service to humanity through his forum.

A lover of humanity, Akika has shown repeatedly that he is indeed born to serve humanity. And it’s no shock that he is in the news for the right reasons. In his usual style, the chieftaincy ceremony was another opportunity for class and merriment. The colourful party had in attendance well-meaning individuals from all walks of life, with more than enough to eat and exotic wines flowing like water.