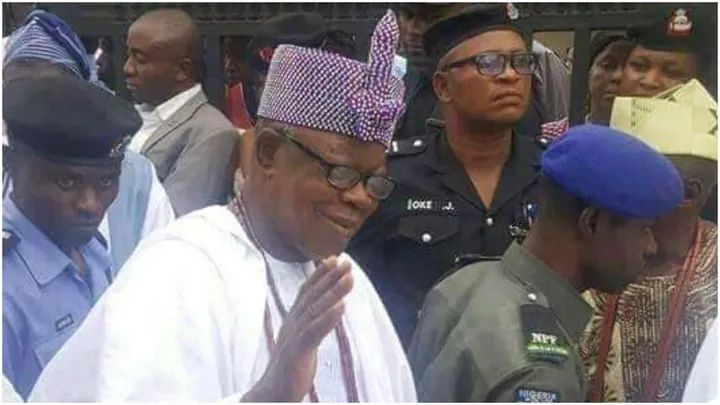 The Olubadan-in-Council, which comprises kingmakers for the Olubadan of Ibadan stool, has asked the Oyo State Governor, Seyi Makinde, to appoint and install the next in line to the Olubadan stool.

The letter, dated January 4, was written on behalf of the kingmakers by their lawyers, Kehinde Eleja (SAN) and Wahab Egbewole (SAN), and Sobaloju Adekunle.

In the letter, a copy of which was obtained by our correspondent, the kingmakers urged Makinde to ignore a previous letter written to him by the former Attorney General of Oyo State, Michael Lana.

Lana had asked the governor not to appoint a replacement for the late Oba Saliu Adetunji’s replacement until ongoing court cases are withdrawn or concluded.

The PUNCH had reported that the 41st Olubadan of Ibadan, Saliu Adetunji, died on Sunday at the age of 93 at the University College Hospital, Ibadan and has since been buried according to Islamic rites.

Following his death, there were controversies over the appointment of Lekan Balogun, who is the next in line, according to tradition.

The kingmakers, in the letter titled, “Re-Installation of new Olubadan of Ibadanland’, said the ascendancy to Olubadan stool has not been altered by any court case.

“We know that the positive side of history is more in favour of overseeing a smooth process of the filling of the vacant stool of the Olubadan of Ibadan rather than entertaining frivolous petitions aimed at scuttling the process.

“We, therefore, most humbly appeal to you as a true and legitimate son of Ibadanland to shun any invitation to scuttle the age-long tradition of a smooth and rancor-free process of filling the vacant stool of Olubadan by approving without hesitation any candidate selected by the Olubadan in Council to fill the vacant stool.”