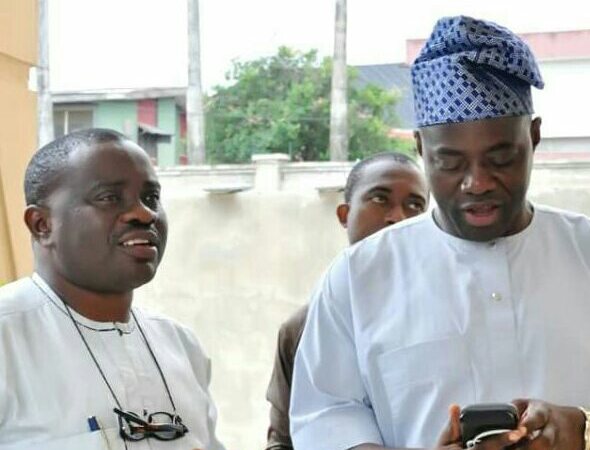 The Chief Press Secretary to Governor ‘Seyi Makinde of Oyo State, Mr. Taiwo Adisa, on Thursday, acknowledged that the governor has kept faith with his electoral promises.

Adisa, who was speaking while featuring as a guest during a radio interview programme titled ‘Perspective Uncut’ on Fresh 105.9 FM in Ibadan, added that development has remained the focus of the current administration in Oyo State.

His words: “I will tell you that the governor has kept fate with the promises he made before the election. I am glad you made reference to the document, the Roadmap for Accelerated Development of Oyo State 2019 -2023 and if you look through what is contained in there and what we have done in terms of service delivery, you will see that we have kept fate and development has remained the focus of this administration.

“In the document, you mentioned seven thematic areas but we have gone ahead to distill the four-point agenda. If you also check through the four-point agenda, you will discover that they capture the existential realities of humanity. No living being can do without security, education, health, and expanded economy. And what will you be expanding your economy through? You need to look at your strength and what is the strength and comparative advantage of Oyo State?

“Here, we have land that is as big as South-East of Nigeria where we currently have five administrative states. And we also have solid minerals in almost all the local government areas in the state.”

He said that the government, in the process of expanding its economy has targeted Infrastructure at the economy, something he said informed the construction of the 65 km Moniya-Iseyin in record time.

“The Federal Government gave us specifications for the road and that is despite the fact that the FG says they will not refund the money but the Governor knows that our people stands from it. So, we are on that already,” Adisa said.

While responding to insinuation by the opposition members suggesting that the governor is not doing enough in the area of security in the state, Adisa explained that the state has been very stable judging from the recent report from the Police at the federal level.

He warned critics to direct question on insecurity to the Federal Government, which he said controls all apparatus of coercion in the country, instead of trying to push blames on Governor Makinde or any governor for that matter.

According to him, Governor Makinde is doing his best to stem the tide of insecurity and criminality in the state.

“I can boldly tell you that Oyo State has been very stable if you look at the statistics. Even last year, a report by the Police itself at the federal level showed that the crime rate in the state went down and further went down last year, 2021.

“So, we need to thank God that the Governor is doing all he could, bringing things that could ensure that insecurity is stemmed. We have the Oyo light-up Oyo project, which is lighting up the cities, towns, and communities. Before any crime is committed, you need darkness but the darkness is denied you. There is also the installation of CCTV in the state, which is going on very fast.

“By and large, the situation is stable because the Police is doing its work and Amotekun is there supporting. You have heard some instances at the initial stages in early 2020 and some parts of 2021. Those ones have become a thing of the past in Oyo State as we speak.

“The security situation of the country is one and the same and everything lies in the hand of the Commander-in-Chief of the countey, in law and in action. If anybody wants to talk about insecurity, he, first of all, needs to tag the President and ask what the president is doing about the situation. This is because the states of the federation don’t have boundaries.

“For instance, whatever somebody as a governor does in his state, it will still be open to infractions from what is not done by other states. Because of the fact that, at the federal level, if somebody is sleeping, things will continue to go bad. If somebody is not sleeping, you cannot be hearing of kidnapping, banditry, suicide bombing, and kidnappers demanding for bicycles, rice, going to peoples’ houses in Zamfara, demanding for money from people everywhere.

“Today, they say they want to stop people from using telecommunication. Is the country running away from these elements? The country is supposed to take the battle to them, not shutting down telecommunication networks just because you don’t want people to give ransom and all of that.

“The country’s security system should be up and running to the extent that we will not be hearing some of the things we are hearing these days, which look like movie scenes,” Adisa said.