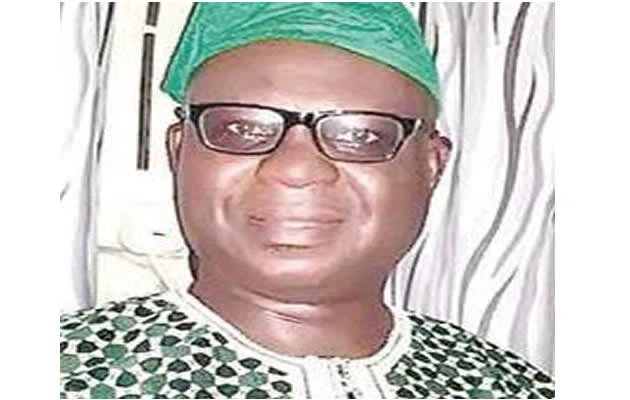 A former Attorney General and Commissioner for Justice in Oyo State, Michael Lana, tells OLUFEMI OLANIYI that it will be an aberration to promote someone who is already an Oba to the throne of Olubadan

Members of the Olubadan-in-Council have argued that their elevation as Oba by the administration of late Senator Abiola Ajimobi does not preclude them from ascending the throne of the Olubadan when it’s their time. What’s your reaction to this?

The title of Oba given to the High Chiefs has changed their status from High Chiefs. Their lawyers claimed that despite being elevated, they didn’t leave their chieftaincies, but I ask, where in the Chiefs Law does an Oba still cling to his previous chieftaincy or have dual chieftaincy at the same time? Also, where in the Chiefs Law or custom of Ibadan or any town does an Oba get promotion? I have challenged them to produce any document where the late Olubadan promoted one of the Obas. Those promoted jettisoned their obaship and applied as High Chief and were promoted to a higher chief not to a higher Oba. When they say there is no law stopping their promotion, they are missing the point. My argument is that having been crowned Obas, they are no longer in the Olubadan line. Can the Elegushi, for instance, claim to be in line to become the Oba of Lagos or can the Osile aspire to become the Alake of Egbaland?

Their lawyers argued that the right to the ascension to the stool of Olubadan cannot be eroded by the conferment of the right to wear beaded crowns on them because at no time was any of them installed the Olubadan. I have never seen any argument that is so fallacious. The question they failed to answer is whether an Oba can again be elevated to an Oba or whether in their own various towns, being Yoruba, their chiefs have dual titles of Oba and Chief at the same time.

But there are claims that despite being elevated to Obas, their traditional titles did not change and that the law was not altered, and so they cannot be stopped from ascending the throne?

In Ibadan and in Yorubaland, there is no custom or tradition that makes a person to be an Oba and at the same a titled chief. The position of an Oba is final and does not require further elevation, except their class, maybe from second-class Oba to first-class Oba. It is an aberration of our tradition to hold the title of an Oba and a Chief, who is now seeking promotion. No oba under the Soun of Ogbomoso has ever sought promotion to become the Soun; no oba under the Deji of Akure has ever sought promotion to become the Deji of Akure; No oba under the Alake of Egbaland has ever sought promotion to become the Alake nor has any of the obas under the Prescribed Authority of the Alaafin of Oyo ever aspired to become the Alaafin. The question that needs to be answered by the said lawyers is whether there is anything in the declaration of each of the chiefs, or under any law giving anyone the right to elevate an Oba. To my knowledge, the Chiefs Law has not been amended by the Oyo State House of Assembly and that law only makes the Olubadan the Prescribed Authority over his chiefs and not over any Oba.

Some members of the Olubadan-in-Council said some of them were promoted by the late Olubadan, Oba Saliu Adetunji, when vacancies existed. So why can’t they be promoted now?

Their argument that some of these high chiefs have been elevated at various times by the deceased Olubadan and approved by the governor is a blatant lie. The governor never signed any approval for HRM Dr Kolawole Adegbola to be elevated from Ekarun Balogun to Ashipa. The records are clear on this. The said chief presented himself as Chief Kolawole Adegbola and not as His Royal Majesty, Oba Kolawole Adegbola. His letter of elevation will readily buttress this and I challenge them to publish any letter of elevation signed by the Olubadan, in which Chief Adegbola was referred to as an oba. If he had applied as an oba, the Olubadan would not have approved his elevation neither would the governor have endorsed it. If he continues to parade himself as oba, his said elevation could be challenged in court as being illegal and fraudulent.

Are you saying Senator Lekan Balogun can be stopped from ascending the throne of Olubadan if he does not withdraw the case in court?

What is your advice to the governor on how to end this controversy which has been described as needless?

First, because of the illegal conferment of obaship on these chiefs, they started disregarding the authority of the Olubadan and they copiously disobeyed him even in death. These chiefs refused to pay a condolence visit to his palace neither were they present at his burial contrary to the custom. Under the Olubadan Chieftaincy Declaration of 1957, this is enough to disqualify them from ascending the throne of the Olubadan. That Declaration states inter alia thus, “Any chief from any of those embraced in proviso (a) above found guilty …….of disregard of or disrespect to the position or authority of the Olubadan may not be eligible for nomination.” I urge His Excellency, Governor Seyi Makinde not to allow strangers (some lawyers) to mislead him in further desecrating our tradition and custom. As an Ibadan man, it behoves him to get our tradition back. The governor should ask the obas to withdraw the case and revert to their previous age-long, conflict-free titles.

If Senator Lekan Balogun is stopped like you said, who ascends the throne as the next Olubadan?

In Otun line, it is (Senator Rashidi) Ladoja.