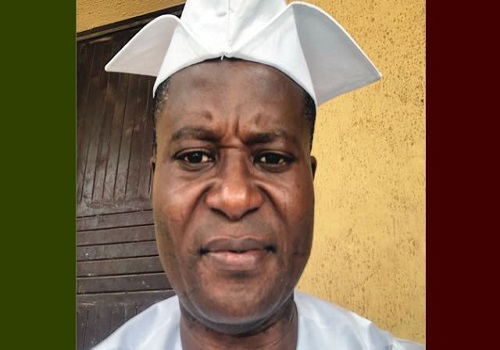 The Jagunmolu Agbekoya of Yorubaland, Prince Kunle Adelakun Eruobodo, has said the uniqueness of the succession pattern to the throne of the Olubadan of Ibadanland must not be tampered with.

He also warned against fanning the embers of discord, saying Ibadan founding fathers’ foresight were tailored to avoiding what is being publicly displayed.

He stated these in a January 7 letter titled: “Re – Olubadan stool”, addressed to the former Oyo State Governor, High Chief Rashidi Ladoja, who is also the Osi Olubadan of Ibadanland.

Adelakun’s letter reads in part: “I commiserate with you and all the member of Olubadan-in-Council on the demise of the Olubadan of Ibadan, Oba Saliu Adetunji.

“We are all aware of the imbroglio that erupted concerning ascension to the throne of Olubadan.

“Your Excellency, Ibadan had enjoyed a unique ascension system without any brawl or dispute.

“Kudos to the Ibadan founding fathers whose foresight were tailored to avoid what is being publicly displayed at this moment and during Senator Abiola Ajimobi’s reign as governor of Oyo State.”

The letter, which was copied to the Olubadan-in-Council, adds: “Though our forefathers were not so educated like most of you – the present high chiefs – they were equipped with native intelligence.

“Our forefathers considered the republican system in Ibadan as most of them were warriors who believed in power, hence, the foundation for the Olubadan hierarchical structure.”

He recalled that those who tried to disrupt the foundation of the Olubadan hierarchy system in the past paid dearly for their actions.

“The pillar of Ibadan chieftaincy foundation must not be tampered with by whosoever, whether the rich or the most powerful.

“You have done well by challenging Senator Abiola Ajimobi’s untraditional manner. History would not forget you on this.

“Things that make Ibadan unique are the Olubadan hierarchical structure; the way of resolving problems without external intervention; and the sense that ‘Ibadan mesi ogo’ conveys.

“In 1983 before the general election Ibadan, the people were brought together under one roof and unanimously passed a resolution to fight a common enemy.

“The action paved the way for an Ibadan indigene to become governor in the history of our political culture.

“Our fathers displayed competence and bravery. We are warriors and we must be united in any situation.

“Every genuine Ibadan indigene must desist from allowing lawyers to cause distortion that could damage the solid foundation of a revered Olubadan chieftaincy hierarchy.

“We should caution from listening to greedy attorneys whose aim is to enrich their pockets or interests,” Prince Eruobodo wrote.