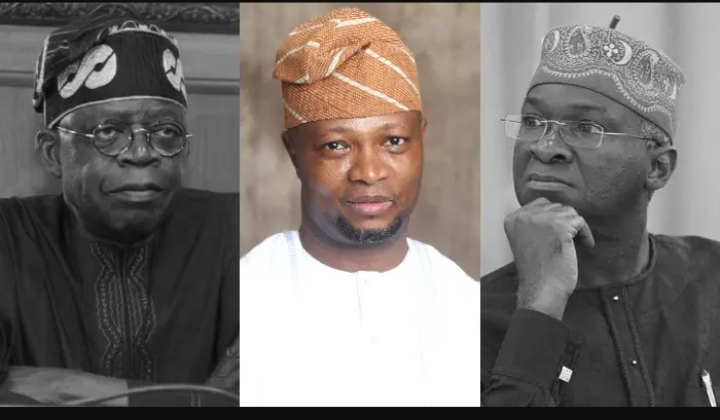 Adediran’s reported switch from the All Progressives Congress (APC) to the PDP followed his recent criticisms of APC national leader and former Lagos governor Bola Ahmed Tinubu whom he claimed is imposing non-Lagosians on the state.

Adediran, who also founded humanitarian platform Jandor Foundation, was an ally of works minister and former Lagos governor Babajide Fashola, but was aggrieved over the conduct and results of APC’s local congresses.

He reportedly dumped the APC in 2021 and launched a ferocious media campaign against Tinubu, who, among many things, is also the Jagaban of Borgu, and the ruling party.

Adediran, a Lagos-born journalist-turned-politician, nurses a gubernatorial ambition that could set him on a collision course with Tinubu who reportedly calls the shots as far as Lagos politics is concerned.

Reports now indicate that Adediran, who used to be an APC factional leader, will be received into the PDP by Oyo’s Governor Seyi Makinde, some top PDP senators, and members of the House of Representatives.

The event will reportedly take place at Tafawa Balewa Square, Onikan, Lagos, on Tuesday, and will be hosted by Lagos PDP leader, Olabode George.

“The grand ceremony to officially receive Jandor into PDP will be coming up on Tuesday, it has not changed. The preparations have been concluded.

“Governor Makinde, as leader of the party in South-West, will be leading other party chieftains from across the region to receive him into PDP,” a member of the South-West caretaker committee of the PDP, Abayomi Kuye, reportedly said.