Home NEWS JUST IN: Balogun Others Should Revert Back To High Chief Status, Our...
Facebook
Twitter
WhatsApp
Telegram 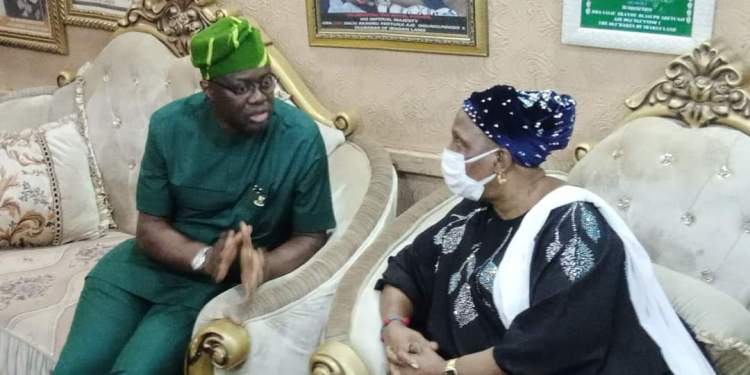 Governor Seyi Makinde of Oyo State has said that there will be no more controversy as to who will become the next Olubadan of Ibadanland as the city would revert to its original traditional concept of appointing Kings.

The Governor spoke during a condolence visit to the widow and families of the Late Olubadan of Ibadan, Oba Saliu Akanmu Adetunji, on Tuesday.

Governor Makinde said, “those using the excuse of Baba’s death to cause trouble all over town as to who deserves to be the next Olubadan, let me state it clearly, Ibadan traditional institution must revert to its original concept. This is the last time there will be a controversy on who should be the next Olubadan.

As the government, I’m giving the assurance to every indigene and resident of Ibadan that what Kabiyesi, Oba Saliu Adetunji stood for is what I will carry through. Anyone who wants can key into it. I know Baba is watching us and will give us the support we need to do what is right and needful to protect the integrity and sanctity of the traditional institution of Ibadanland.”

His words: “Baba deserves a royal and befitting burial and as the government in Oyo State, we will do just that.

“I have the Commissioner for Local Government and Chieftaincy Matters here with me and we will discuss with Mama on how to coordinate the burial. Don’t be afraid Mama, this is our burial, the state’s burial.”