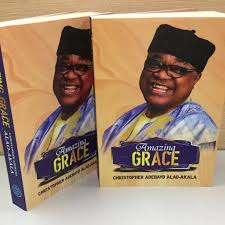 Adedibu said Bayo, I learnt you are supporting Ladoja, you have to be very careful. “Ote Ibadan ni a gbewasi Ogbomoso (We have come with the usual Ibadan treachery).

The All Peoples Party (APP) on which platform I had won the Ogbomoso North chairmanship election was a marginal party. At that point, I knew I had to join the major political party if I wanted to be relevant in future politics of Oyo state. I wanted to join the ruling party in the state (AD), but my old friends in the PDP which controlled the the federal government were making overtures to me. The people in the AD in Ogbomoso made it difficult for me to join them. What I did was to stay put in the APP and flirt with the two main parties.

When I was in Ibadan, I identified with the Governor’s party, the AD and when I was in Abuja, I fraternized with the PDP, the President’s party. But at home in Ogbomoso, I was APP. Each of them was wooing me and I too was flirting with the two of them. This back and forth went on until when I finally completed my tenure as council chairman and I had to make a choice between the two major parties.

But before then, while I was still a chairman, I was confronted with a dilemma when the PDP state congress was brought to Ogbomoso in 2002. Senator Ladoja led a side that pushed the chairmanship of one Mr Ashiru while Chief Adedibu and Chief Adeojo led the other which gunned for late Segun Ladimeji (Segelu). I literally hosted the Ladoja camp in the local government guest house in Ogbomoso and it was an open fact that I belonged to the Senator Ladoja’s camp when I was in the PDP at its formative stage.

Based on that fact, Chief Adedibu knew that I could not help but give government support to Ladoja since the party congress was being held in my domain.So he (Adedibu) stormed into my office. He stood downstairs and called out to me. Old enough to be a father, I ran downstairs to meet him and he warned, “Bayo, I was told that you’re supporting Ladoja.

You have to be very careful. Ote Ibadan ni a gbewasi Ogbomoso (we have come with the usual Ibadan treachery), don’t get scratched politically, so stay off.” I had to resort to wisdom and I assured him of my neutrality. It was at my guest house that members of Ladoja’s group were doing their scheming and making overtures to delegates to votes for their candidates.

Unfortunately, for them, Chiefs Adedibu and Adeojo’s candidate, Segelu won the chairmanship. It was at that point I decided to join the PDP. Since there were factions in the party,I had to deeply consider the faction to join whether Ladoja or Chiefs Adedibu/Adeojo’s faction.

He did that after diligent spiritual consultations and he was able to confirm that it was Ladoja that lead to victory. Chief Adeojo now enraged because of Chief Adedibu’s desertion, did everything to scuttle the the planned congress so much that it could not be held in Ibadan and the presidency had to order that the congress be moved to Abuja.

It was at Abuja that the congress produced the famous 113-114 results which ensured that the Adedibu/Ladoja camp defeated Chief Adeojo’s camp to clinch the the state chairmanship of the party. That was how Chief Adegbite became the state chairman of party. I played a critical role in this because I was the one who rallied members of the party in the National Assembly in Abuja and got them to our side and Chief Adedibu was very pleased.

The D-Day was December 24, 2002. It was a very tough primary election and I played a major role in ensuring that our aspirant, Senator Ladoja won as we slugged it out at the liberty stadium. Meanwhile, the two prominent aspirants were not initially at the venue of the primaries.

They had gone to Akure for screening on the same day the primaries were holding. Before their arrival, the party officials who came from Kano to conduct the primary election, had flagged off the process and the delegates had filed out to cast their votes.

Our delegates identified themselves with Aso Oke mufflers around their necks. By the time Senator Ladoja and Chief Adeojo arrived the venue, counting was already underway. At the end of the day, Senator Ladoja was declared the winner and he became the flag bearer.

Culled from Amazing Grace, the autobiography of Christopher Alao Akala.

We’ve Lost One Of The Most Experienced Politician This State Has Ever Produced• He Was To Flag-off Ogbomoso-Iseyin Road—Makinde, Condoles Akala Family

Alao-Akala Had Faint Premonition Of His Death, Says Grieving Aide