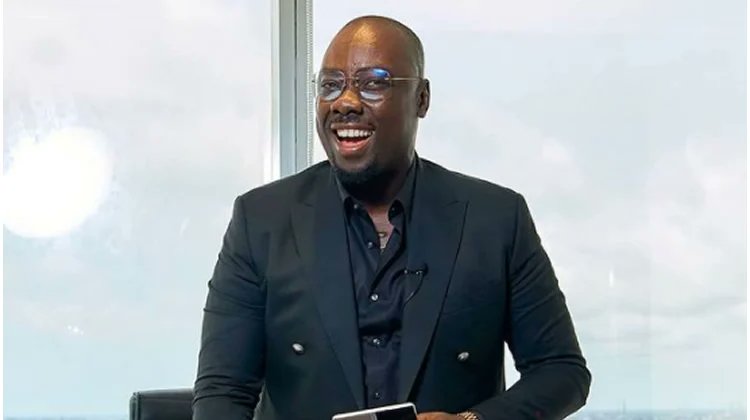 The National Drug Law Enforcement Agency on Thursday grilled socialite, Obi Iyiegbu, popularly known as Obi Cubana, for his alleged link to the illegal narcotic business, The PUNCH has learnt.

The PUNCH reports that Iyiegbu, who is the Chairman, Cubana group of companies, was grilled for about five hours at the Abuja headquarters of the NDLEA before he was granted bail and asked to return at a future date.

Impeccable sources told our correspondent that suspicious payments were made into Cubana’s account by three convicted drug dealers from Malaysia, Nigeria and India.

Operatives of the NDLEA and the Economic and Financial Crimes Commission have now widened the probe into Cubana and his business network based on the premise that he may be involved in the drug business.

“Obi Cubana arrived at the NDLEA office around 9am and responded to questions for some hours before he was granted bail at 2pm. There are suspicions that he may be a drug kingpin. Some convicted drug dealers paid funds into his account.

The socialite was allowed to go home in order to get some documents which would be presented to the NDLEA.

Cubana who has been in the nightclub business since 2006, grabbed international headlines last July when he organised a lavish funeral for his mother, Ezinne Iyiegbu, in Oba, Idemili South local government area of Anambra State.

The event attracted several entertainers and renowned politicians from across the country including embattled Nigerian super cop, Abba Kyari. Other entertainers that graced the event include- Davido, D’banj, Kcee, Poco Lee and Ubi Franklin/ The guest list also had Nollywood stars and early callers like Kanayo O. Kanayo, Alex Ekubo and Williams Uchemba.

But the highlight of the event was the ostentatious display of wealth as evidenced by the donation of about 400 cows to Cubana as well as the ‘naira rain’.

In what seemed like a bid to outdo one another, Cubana’s associates sprayed him with bundles of new naira notes. In one of the videos that went viral, two guests were seen having a playful cash fight as they threw wads of money at each other, while other guests laughed.

In another viral video, wads of N50, 000 are thrown at Cubana while he juggles them like a football. The event became the most talked about party of 2021 as it trended on social media for several months. After the funeral, Cubana continued to show off his wealth, posting photographs of his trips to exotic locations on private jets.

As his celebrity status blossomed, he was honoured by several dignitaries. In October last year, he was a guest at the Nigerian Army Resource Centre to launch a book titled, ‘ Leadership Principles for Junior Commanders in the Military’ authored by Col. Chukwu Obasi.

He also built a church, The Good Shepherd Anglican Church in his hometown late last year.

When questions about the source of his wealth began to crop up, Cubana told the BBC that he came to Abuja for his National Youth Service Corps programme in 1999 and served at the National Assembly.

He said he went into the real estate business where he got a contract to furnish houses. The socialite added that he got a contract with the Pipelines and Product Marketing Company and later ventured into the hospitality sector where he has made billions of naira.

The 46-year-old has since opened branches of Cubana club in about five states including Imo, Lagos, Rivers, Enugu and Abuja. But the authorities were not satisfied with his explanation.

Cubana, who had hitherto kept a low profile, subsequently became a subject of investigation by the Nigerian government.

In November 2021, he was detained by the EFCC for three days as part of investigations into alleged money laundering, tax fraud and other financial crimes before he was released with a condition that he would continue to report back for questioning.

Other associates of the socialite who have been questioned by the authorities for their flamboyant lifestyle include: Pascal Okechukwu, popularly known as Cubana Chief Priest; and the Chairman, Five Star Group, Emeka Okonkwo aka E-Money.

The Spokesman for the NDLEA, Mr. Femi Babafemi, refused to comment when The PUNCH sought his reaction on Thursday.

An aide to the socialite, Chioma Nwachukwu, however, refused to comment on the matter when she was contacted by The PUNCH.

“There is no comment on the matter now,” she simply said.