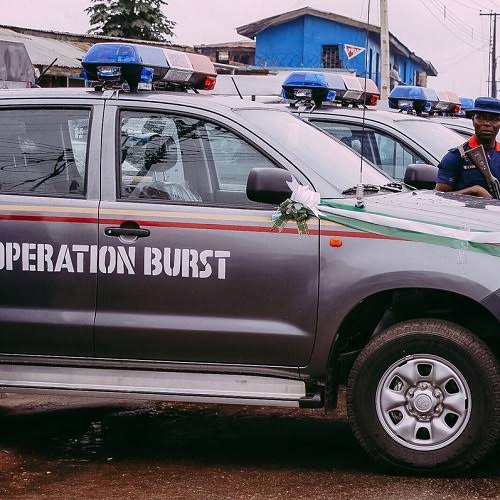 Some workers of a manufacturing company in Ibadan, who were arrested by Operation Burst, a security outfit set up by the Oyo State Government have been released.

This Newspaper had earlier reported that some workers of a manufacturing company were on Thursday arrested by Operation Burst.

They have been protesting poor treatment by the company since last week.

Oyo State coordinator for Campaign for Democratic and Workers Rights (CDWR), Comrade Bamigboye Abiodun confirmed the release of the workers to us Friday evening.

Bamigboye, however, said that the release of the protesting workers by Operation Burst became necessary due to the intervention of some lawyers.

Bamigboye commended media organisations, for their prompt and objective reportage of the matter.

Bamigboye said, “The Campaign for Democratic and Workers Rights (CDWR), Oyo State Chapter brings to the knowledge of the general public that all the arrested casual workers of Extreme Manufacturing Nigeria limited, have been released from the Oyo State Operation Burst detention.

“This was following the intervention of Barrister Ola Adeosun and Barrister David Owoeye, both who are CDWR Lawyers. CDWR also acknowledges and appreciates the prompt intervention of Comrade Kayode Marthins-led Oyo State Nigeria Labour Congress (NLC) who did not only go to the Extreme Manufacturing Nigeria Limited in solidarity with the protesting casual workers, yesterday, Thursday, 13th of January, 2022 when informed of the attacks on the protesting workers but also visited the office of Operation Burst with a view to securing the release of all the arrested casual workers.

“The importance of the role played by one Major Nsusour cannot also be ruled out. He midwifed the birth of the avenue for an informal discussion that culminated into the release of the arrested workers.

“CDWR also commends media organisations, for their prompt, and objective reportage which no doubt helped to create a massive public awareness for the struggle and agitation by the protesting casual workers.

“Beyond all these is the resilience and determination demonstrated by the casual workers themselves without which the struggle would have been successfully repressed and undermined.

“Our final note of appreciation goes to the well meaning members of the general public for the support and solidarity given to the struggle. CDWR shall continue to solicit more of this kind of public support and solidarity in our campaign, together with the affected workers and collaborators, against casualization and other indecent labour practices in factories and workplaces in the State”.