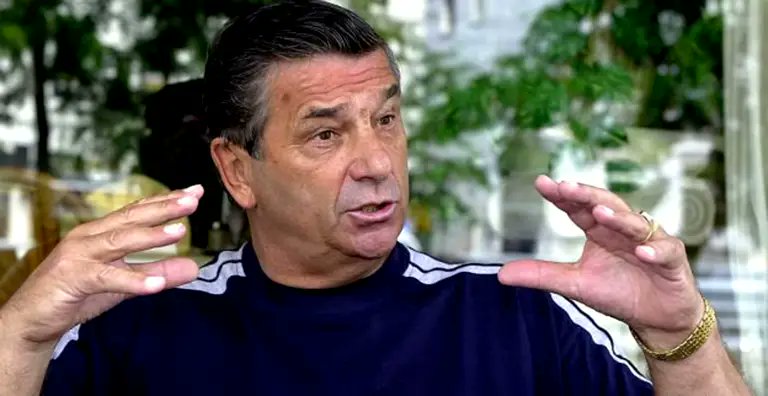 •You may win the cup; I’m proud of you •You must now police the team, make them a family, protect them from govt officials and the cup is coming to Nigeria •I’ve adopted your style, Equavoen replies him

Clemens Westerhof will be 82 this year. Few months ago, he suffered a domestic accident, slipped on a staircase and fell. He dislocated his waist and needed surgery to be back to his feet again.

He was in pains last week but after watching the Super Eagles muscle Egypt 1-0 in their Nations Cup Group D opening match he came alive, feeling good and talking football: “Ahh! Yayaya, Austin Eguavoen made me proud,” he started in his usual way.

“I’m so proud of him that I think the Cup is coming to Nigeria. The boys were strong, very strong like they were in my days in Nigeria. Sometimes we trained three times a day. I made the boys strong. I noticed that Nigerians are very physical and strong, so I made them stronger. You must use what you have. I think Eguavoen is doing the same thing.

I tell you, the boys I saw against Egypt can win the cup. But I tell you, on this moment, the big job Eguavoen must do now is to make them a family. They must be together, eat together, play together, all players must see themselves as brothers. That way they fight for each other on and off the field. The job now is to hold the team together. He must ensure discipline.

He must be the policeman of the team. He should police them well, no beer, no women, no distractions. Then he must protect them from government officials. Now Nigeria may want to send delegations. Some may even come when they are training and they will stop training because the minister wants to talk with them.

No way; that must not happen. Government officials can pass their message through the federation, they must leave the players now to concentrate. They must not be in the same hotel with the players. The most difficult job now is how to hold them together as a family and protect them from many officials who may cause unnecessary distractions.

I had pains but I feel better now. They made me proud. Tell Eguavoen I’m proud of him and that if he keeps the team together the cup is coming to Nigeria. Then officials can fulfill their promises. The tactics against Egypt were good. But he must fight in every match. They must attack and play strongly as they did against Egypt in all their matches.”

Shortly after Eguavoen received Westerhof’s message, he thanked the Dutch and revealed that he adopted Westerhof’s approach in the management of the players. Late Stephen Keshi said same thing when he coached the Super Eagles.

Westerhof’s players have never stopped talking about their good times with him. He was, arguably, Nigeria’s best foreign coach. Nigeria ranked 5 in the world after the USA ’94 World Cup where they were rated joint most entertaining side with Brazil.

They were so strong that FIFA wrote the federation to inquire on what they fed the players with and what procedures made them very fit.