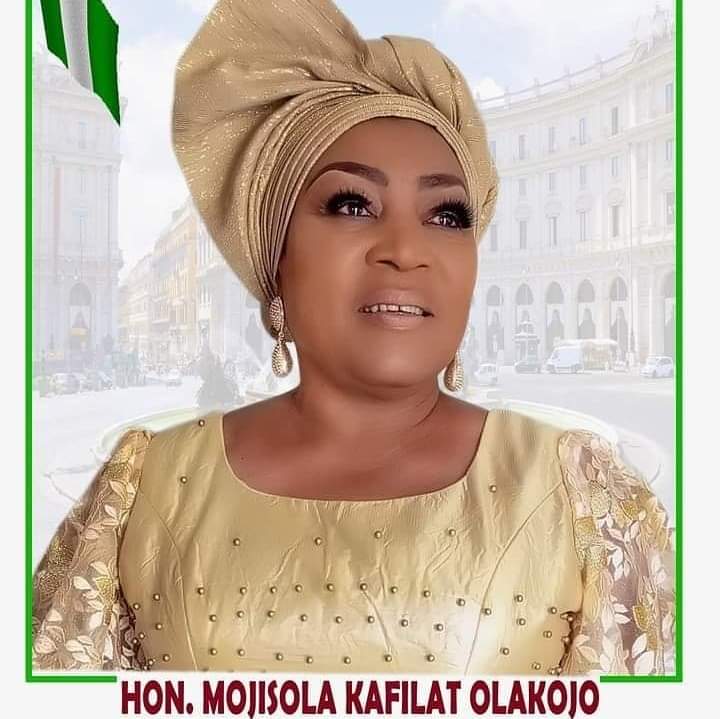 The attention of the office of the Executive Chairman, Atiba Local Government, under the chairmanship of Hon. Mojisola Kafilat Olakojo has been drawn to a publication by an Ibadan Base online news platform on the report of the minor political issues between the Councillors and Management of the Council.

she was quoted to have said “last week Monday, the Honourable Councillors in my Local Government were demanding for their entitlement on Seminars, we actually had a little delay in the process of payment that did not go down well with them”

She further expressed that, “though, the publication that claimed of Party crisis and not treating the party well was far from the truth and this is just a figment of imagination of the political adversaries, who used to feed in assassination of one’s character, politics of calumny and it’s just an attempt to discredit the good job, our administration is doing”

Really, the Councillors were making agitation for their unpaid entitlement on Seminars and renovation of their offices which were perceived to be slightly delayed by buerucracy of the offices of Senior Officers. This was quite disturbing on the part of the Honourable Councillors that got them miffed, it was this same day, the Chairman swung into action, to immediately arrest the worrisome situation and finding a last solution to it.

The Executive Chairman, in her leadership role called for an amicable resolutions between the Councillors and top management, which came out fruitful in a very joyful manner.

“We had a meeting under few hours, issues were tabled and were all resolved amicably, to God be all the glory, we laughed it off, eventually” – she said

“Let me further tell you that offices were opened immediately, all activities were resolved and we all back to work, I go to work everyday and my Councillors have been having a very good relationship with me all the while” she submitted

Those making rumours and fabricated lies around to discredit the person of Hon. Kafilat should bury their head in shame and desist from all sordid acts, as her administration in the council has achieved some significant success and achievements.

Atiba local government has in recent time been enjoying a relatively peace in the council area, in terms of Security, since her inception of Office and the villages in the council are protected against the invasion of hoodlums and herdsmen through the support of our amiable Governor, Engr Seyi Makinde. On infrastructure, she has embarked on grading of some Community roads, rehabilitation of Oroki-Alayande Road, provision of two motorized boreholes at Baale Agbe Village & Aawe Awe junctions among other numerous welfare packages for the citizens and residents of Atiba local government.

In the area of Health and Environment, two maternity centres are nearly 80% Completion at Ode Aremo and other place. In terms of Women Empowerment, Hair Dryer, Grinding Machines, Cylinder and Gas utensils were distributed to women of Atiba few weeks ago. She emphasized that, as soon as the funds continue to accrue to the Local Government, many developmental projects are in pipeline for execution.

She further made some revelations that, “I wish to State clearly that, my relationship with my Leaders in the Party are very cordial and we are taking care of the welfare of the members of the party within our capacity. Therefore, our last general meetings at Sabo were testimony of the good rapport we established in the Party.”

“As regards the meeting of today that was mentioned, as we speak to you, it is normal to have stakeholders meeting to project the good course in politics and to streamline the policies for the benefit of party members and to cater for the welfare of members.”