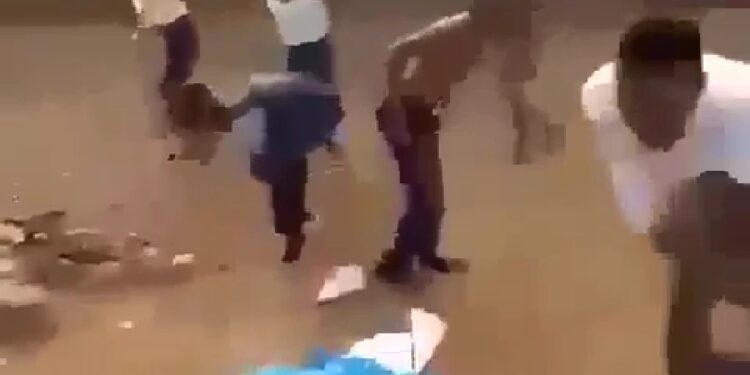 A video is presently trending online which captured a moment gunmen suspected to be Boko Haram terrorists forcing secondary school students to remove their school uniform and went n@ked.

The exact area where the video was shot was not known as at when filing this report. But it was learnt the students were intercepted by the gunmen in the school premises and forced to go n@ked as they threatened them with gunshots.

But the video has been going viral on WhatsApp and other social media platforms.