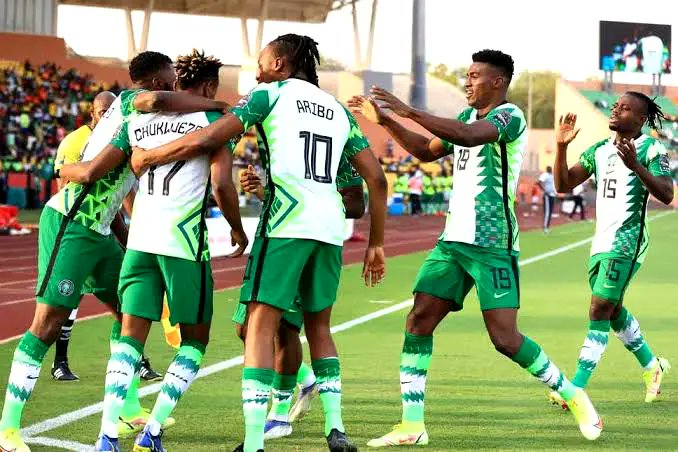 Nigeria will face Tunisia in the second game of the Round of 16 on Sunday after the Carthage Eagles finished third in Group F.

Tunisia has had a tough AFCON 2021 experience, falling 1-0 to Mali in their opening game that was filled with controversy before thumping Mauritania 4-1 in their next game. Just before the game against Gambia that ended in a 1-0 loss for the 2004 winners, half of the squad tested positive for Covid-19 which meant they had to prosecute a must win match with a depleted squad.

They come up against a much fancied Super Eagles side that breezed through their group, collecting all available nine points and conceding just once from the spot.

The fixture will be a repeat of the third place play-off at the 2019 edition which Odion Ighalo’s 3rd minute strike decided.

In their last four AFCON meetings (2000, 2004, 2006, 2019), Nigeria has triumphed three times and should make light work of Mondher Kebaier’s men considering the form the three times winners are in.

The game is billed for 8pm Nigerian time at the Stade Roumdé Adjia in Garoua.

See full Round of 16 pairing below…