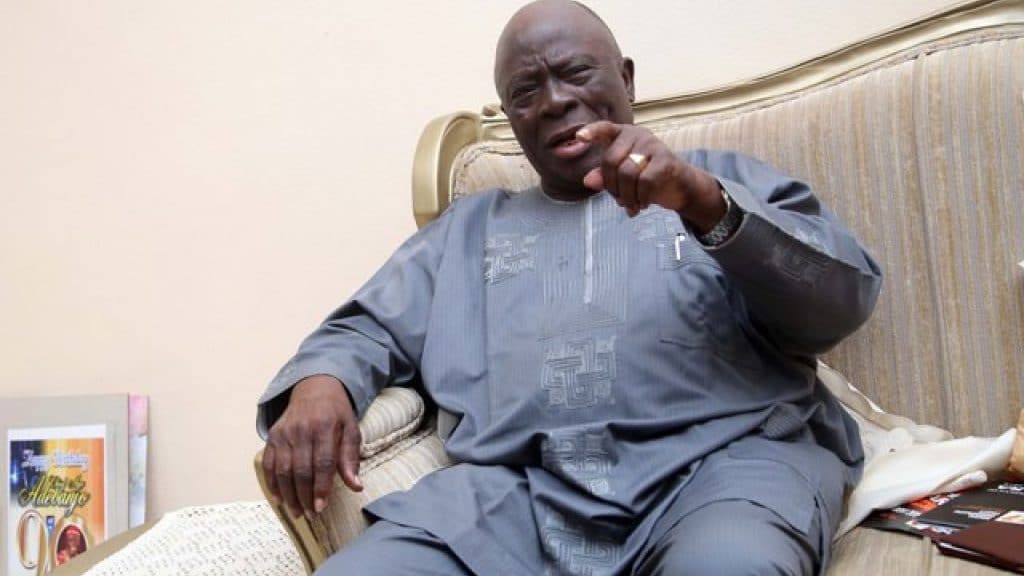 Pan- Yoruba socio-political group, Afenifere, on Wednesday decried the level into which insecurity in Nigeria has fallen, noting sadly that the kidnapping of seven people around Isara Remo on Lagos/Ibadan Expressway on Sunday, January 17, 2022, was another evidence that governments in the country had failed in their primary duties of providing security and welfare for the people.

Some people were reportedly kidnapped last Sunday, at Onigaari Village on Lagos/Ibadan Expressway just as some travellers, including a popular actress, narrowly escaped being kidnapped on the same road last Saturday.

Reports also had it that some displaced terrorists in the northern part of the country led by one Belo Turji were making incursions into Yorubaland.

Afenifere expressed this concern in a statement signed by its National Publicity Secretary, Comrade Jare Ajayi, even as it recalled the incessant kidnapping of and attacks on innocent people in Ondo, Ogun, Osun and Ekiti states, among others, declaring that such u acceptable attacks must be stopped forthwith by all means.

“We recall the incessant kidnapping of and attacks on innocent people in Ondo, Ogun, Osun and Ekiti states. We also recall the sacking of certain villages in the Imeko area of Ogun State last week.

Adipolo
Adipolo
“These are unacceptable and must be stopped forthwith by all means,” the pan- Yoruba group said.

Afenifere, while condemning the act, posited that lamentations by governors of Niger, Zamfara, Benue, Nassarawa, Borno, Kaduna, Sokoto and Katsina states on how terrorists seemed to be dictating the pace in their areas ought to serve as a wake-up call for the governments and the security agencies.

This was just as it noted that President Muhammadu Buhari was aware of the security situation going by his recent expressions on the issue.

“For instance, the president ordered for a ‘robust’ military intervention in the wake of terrorists’ take-over of some local government areas in Niger State, just as he asked Nigerians to put their prayers for security before God.

“The latter he said in a message delivered on his behalf when Governor Ganduje of Kano State hosted the head of Tijanniyah organisation worldwide in Kano last week,” Afenifere said.