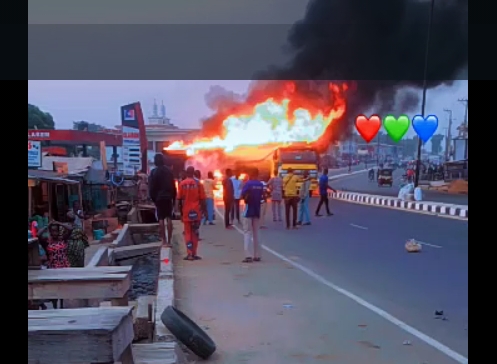 Report reaching us says that there is a fire outbreak along Bashorun Akobo area of Ibadan.

According to reports, it was discovered that the fire started from a filling station Olarem, very close to Bashorun market.

Jamz FM staff who resides along the axis (Bashorun-Akobo) said the fire is much and there is need for immediate response to curtail the spread of fire in that area.

Residents in both areas are calling on relevant government agencies to kindly swing into action especially, Oyo state fire service.

Commuters are advised to avoid the route for now to prevent further danger against lives and property.