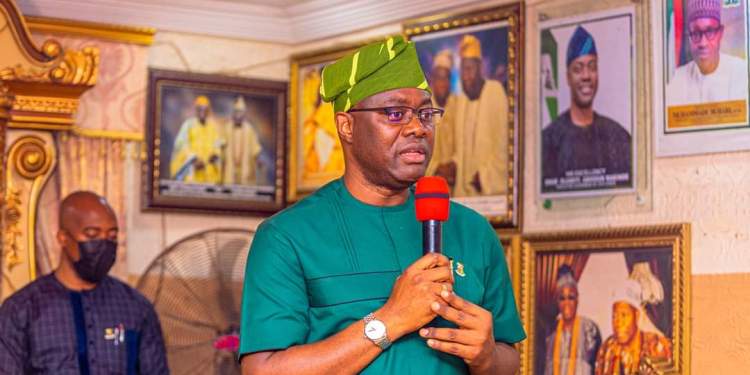 Oyo State Governor, Seyi Makinde, has declared that his administration has concluded arrangement to flag off Ogbomoso -Iseyin Road “within the next ten days.”

He made the declaration on Saturday at the 40th fidau for late Soun of Ogbomoso land, Oba Jimoh Oladuni Oyewumi Ajagungbade 111, held at Aafin Ogbomoso, Oja-Igbo, Ogbomoso.

“In about ten days, I will still come back here to flag off the Ogbomoso-Iseyin Road,” He stated.

Makinde, who spoke in Yoruba language said he would sleep over in Ogbomoso for him to meet with the sons and daughters of Ogbomoso to discuss the growth and development of the town and Oyo state in general.

He, however, prayed for the repose of the soul of the late Paramount monarch.