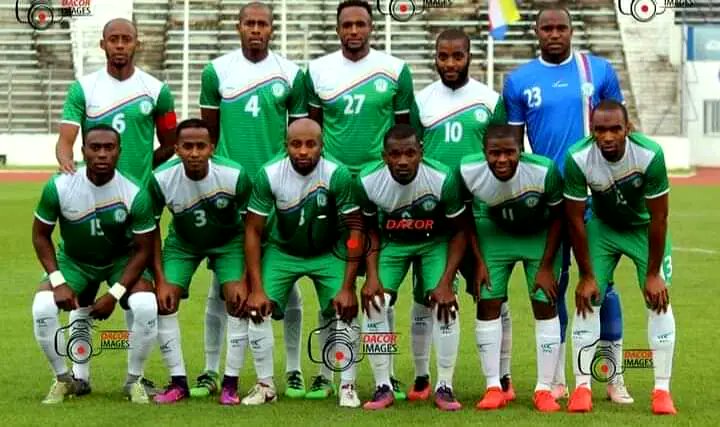 A major crisis has reportedly hit the Comoros Island as Covid-19 cases have been confirmed in their camp ahead of the Africa Cup of Nations Round of 16 game against Cameroon.

A total of 12 cases have been reported including their head coach Amir Abdou and their two available goalkeepers, Ali Ahamada and Moyadh Ousseni.

The Comoros qualified for the last 16 game after a shock win over Ghana on Tuesday .

The Confederation of African Football (Caf) has laid down strict rules with regarding Covid-19 in the ongoing competition. A player will not be authorised to go to the stadium or participate in the match should he test positive, while teams must play as long as they have a minimum of 11 players available.

If they have no goalkeeper available, another player must play in that position.

The debuntants are in a tricky position with first choice goalkeeper Salim Ben Boina injured as Caf’s rules says, teams that do not have a minimum of 11 players available will be considered to have lost the match 2-0.