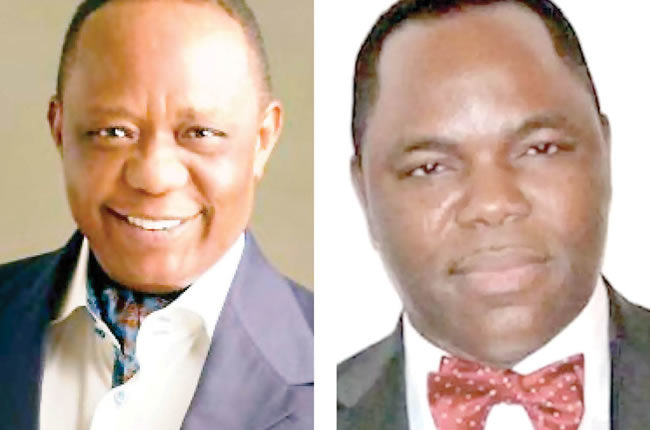 Although the Asset Management Company of Nigeria (AMCON) cited the indebtedness of Ibadan Electricity Distribution Company’s core investors, Integrated Energy Distribution and Marketing Limited (IEDM), to Polaris Bank as the reason for its takeover of IBEDC, the real cause of the company’s current quandary was the zero-sum game embarked upon by the two principal partners of the company. Sulaimon Olanrewaju reports.

Barely two months after the Abuja Electricity Distribution Company (AEDC) was taken over by a bank sequel to its inability to live up to its debt repayment terms, the Asset Management Company of Nigeria (AMCON) last Thursday took over the Ibadan Electricity Distribution Company (IBEDC) as a result of a default in a loan servicing agreement executed with Polaris Bank, the successor of Skye Bank Plc.

AMCON said in a statement that pursuant to Sections 48 and 61 of AMCON Act 2010, it had been appointed “Receiver/Manager over all the Assets of Integrated Energy Distribution and Marketing Limited as stipulated in the instruments executed in favour of AMCON by virtue of the Loan Purchase and Limited Servicing Agreement executed with Polaris Bank Limited dated 30th November 2018 and a Notice of Appointment of the Receiver/Manager dated August 6th, 2021, which was duly stamped by the Commissioner for Stamp Duties.”

AMCON then announced the appointment of Mr Kunle Ogunba, SAN, as Receiver/Manager nominee, adding that the takeover gave it power over assets of IEDM, including shares and interests in related companies and entities, in addition to the monies kept in any of the 25 banks in the country.

When the Jonathan administration expressed its intention to privatise the nation’s electricity generation and distribution companies, Dr Tunde Ayeni and Captain Hosa Okunbo, who were partners at Ocean Marine Solutions Ltd, came together with others on the platform of IEDM to bid for Ibadan Electricity Distribution Company (IBEDC) and Yola Electricity Distribution Company. The company won the two bids and 60 per cent of each company was ceded to it by the Bureau of Public Enterprises (BPE), the government agency that supervised the process. But IEDM declared a force majeure over YEDC, citing security challenges, and returned the company to the Federal Government in 2015.

In 2014, IEDM turned to Skye Bank, where Dr Ayeni was chairman, to raise money to upgrade the facilities of IBEDC. Skye Bank led a consortium of banks to raise $160 million for the power company to scale up its facilities with a view to improving electricity distribution in its franchise. Similarly, the company received an interest-free fund from the Central Bank of Nigeria (CBN) under the Nigeria Electricity Market Stabilisation Funds for the purpose of improving networks and reducing aggregate technical, commercial and collection losses.

But both IEDM and IBEDC reneged on the terms of repayment of the Skye Bank loan. This, as well as other badly-managed loans, affected the liquidity of the bank and shored up its non-performing loan ratio. The effect of that on the bank was that it found it difficult to satisfy minimum thresholds in critical prudential and adequacy ratios. These forced it to consistently resort to the CBN’s lending window.

With that development, the CBN, in July 2016, moved against the leadership of the bank citing corporate governance infractions. The apex bank sacked the chairman, all non-executive directors on the board, the managing director, deputy managing director, and the two longest-serving executive directors on the management team and reconstituted both the board and the management. In September of the same year, CBN revoked the licence of Skye Bank on the grounds of the inability of the shareholders to shore up its capital. In its place, it announced a bridge bank, Polaris, while AMCON was saddled with the responsibility of capitalising the bank and sourcing for new inventors to buy out AMCON. With that development, AMCON took over the debts owed Skye Bank/Polaris Bank, on which basis it went to court to take over the assets of IEDM to recover the debts.

But the issue wouldn’t have turned that way for either IEDM or IBEDC if not for the disagreement between Dr Ayeni and Captain Okunbo.

Ayeni, in a petition sent last year to the Economic and Financial Crimes Commission (EFCC) by his lawyer, Mr Femi Falana, SAN, claimed that despite his and Okunbo’s joint investment in IBEDC, Okunbo moved the company’s account to another bank and abandoned repayment of the $100 million loan sourced for the business.

According to Ayeni, following the dissolution of Skye Bank’s board of directors, he was detained by the EFCC with some charges leveled against him.

“Subsequently,” Falana wrote in the petition, “Capt. Hosa Okunbo told our client that all accounts of the businesses that he was involved in for which he was a signatory, were being rumoured to be closed because of the trial our client was facing, and it was important for him to step aside from the Ocean Marine and its subsidiaries structure and hand over to him, so that he could protect the income sources as that was the only source of income with which to fund the faithful repayment of the gross liabilities, which were well over $150 million owed to a consortium of banks led by Polaris Bank over the acquisition of the IBEDC and the YEDC DisCos as at the time.

“Our client agreed to the advice and did not doubt Capt. Hosa Okunbo’s sincerity and intention to act in good faith, based on the trust our client had in him as they had both been working and partnering together since July 2003.

“At no point was an actual sale of his interest in Ocean Marine Solutions Ltd or any of its subsidiaries or affiliates ever discussed, but Capt. Hosa Okunbo is trying to use the gentlemen’s arrangement to forcefully take over his holdings of the company whose monthly income is about $9 million.”

Although at the time the petition was written Captain Okunbo was battling with an ailment that eventually claimed his life, OMS’s response to the petition was that Ayeni was no longer part of the company.

According to the statement, “Dr. Olatunde John Ayeni is no longer a Director of OMS and any of its Associated Companies having resigned from OMS since August 2018. He is no longer a shareholder of OMS and its Associated Companies having sold and transferred all his shares and interests to Wells Property Development Company Limited for valuable consideration since 2018.”

The company described Ayeni as “a meddlesome interloper who is seeking to blackmail Capt. (Dr.) Idahosa Wells Okunbo at this time of his ill-health for financial benefit.”

Effects of schism on IBEDC

While neither a court of law nor the EFCC has established the veracity of the claims and the counter claims by the two former partners, the effects of the discord on IBEDC, in which they jointly invested, were humongous.

Shortly after its commencement in 2014, IBEDC reeled out a plan to augment its electricity supply with embedded power generation. According to the first Managing Director of the company, Fortunatus Leynes, in an interview with the Nigerian Tribune, the company wanted to do that to increase power supply to its network. Although the company had started taking steps to actualise the initiative, it eventually fell through as a result of the bickering between the two principal partners.

Similarly, the substation at Akanran/Olorunsogo in Ibadan, which was destroyed by some irate youths in January 2012 and was left abandoned thereafter, thus cutting the area completely off electricity supply, was taken up by IBEDC. The company spent about N150 million to renovate the substation. It also invested huge resources to upgrade facilities in other areas of its franchise so as to improve electricity distribution in all the states it covers. But that has since stopped as a result of the disagreement between the two key players in the company.

According to an IBEDC employee, who craved anonymity, “The two (Ayeni and Okunbo) gave birth to the company and their discord led to its demise. If the company had continued the way we started, we would have been number one in the country today but because of the war between the two shareholders, the progress of the company was put on hold. The question to ask is why did our foreign technical partners leave? Why has the company been unable to appoint a CEO for over two years? It is all because of the unnecessary infighting.”

According to another employee, the disagreement between the two principal partners threw up two different groups in the management of the company with each one meant to checkmate the other. So, rather than the members of management working as one, they became adversarial. And consequently, obligations to banks and other critical agencies were neglected.

“As a result of their unwillingness to resolve their differences, we are all losers now. Yes, they have lost the company they founded, and we are at the verge of losing our jobs. Forget what the receiver/manager said about not taking anybody’s job, the likelihood of many of us, especially those of us in management, losing our jobs is high. But this didn’t have to happen,” the employee said.