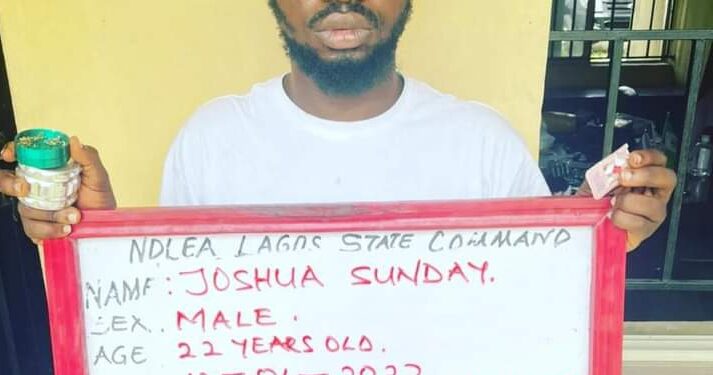 Also convicted alongside the 22-year-old comedian, is Caleb Ojana William, who was accused of unlawful possession of 15 grams of Cannabis Sativa, popularly called Marijuana.

Justice Daniel Osiagor convicted the two men after they pleaded guilty to a count each of unlawful possession of the banned substance, made against them by the National Drugs Law Enforcement Agency (NDLEA).

The NDLEA through its prosecutor told the court that the two convicts on January 12 at No 2B, Saula Akinlolu Orchid, Lekki, Lagos State, had in their possession the banned substance without lawful authority.

The prosecutor had told the court that the offences committed by the convicts are contrary to and punishable under section 11 (c) of the National Drug Law Enforcement Agency ACT CAP N30 Laws of the Federation of Nigeria, 2004.

The prosecutor also urged the court to sentence the two men as prescribed by section 356(2) of the Administration of Criminal Justice Act (ACJA) 2015, having pleaded guilty to the charge.

But in his judgment, Justice Osiagor declined to sentence the convicts. He cautioned them ‘to go and sin no more’.