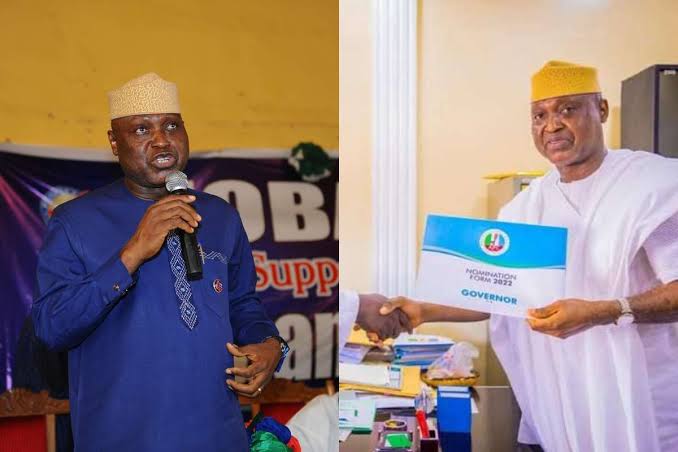 Former Secretary to Ekiti State Government, Biodun Oyebanji, on Thursday, clinched the ticket of the ruling All Progressives Congress in Ekiti State for the June 18 governorship election.

Badaru, who said the election followed the party guidelines, said he had not received any official complaint from any aspirant.

However, earlier in the day, seven of the eight governorship aspirants protested the list of Local Government Electoral Committees for the exercise, saying it contained names of supporters and campaigners of an aspirant, Oyebanji.

The aggrieved aspirants – Bamidele; Adeyeye; Bamisile; Faparusi; Ojo; Popoola; and Afolabi, alongside their supporters stormed the state APC Secretariat where they called on the party national leadership and the Badaru-led committee to suspend the primary.

They stated, “We request that both the Local Government Election Committee and Ward Election Committee as constituted on the list already in circulation is disbanded and replaced with names that would reinforce internal democracy and uphold the aims and objectives of the party”.

The aggrieved aspirants took their grievances to the state headquarters of the Nigeria Police, the Independent National Electoral Commission, and the Department of State Services.

However, Oyebanji described the primary as credible, free, and fair, contrary to the position maintained by his co-contestants, who branded the poll as a sham.

He said that the APC appeal panel would handle any controversial issue surrounding the conduct of the election.