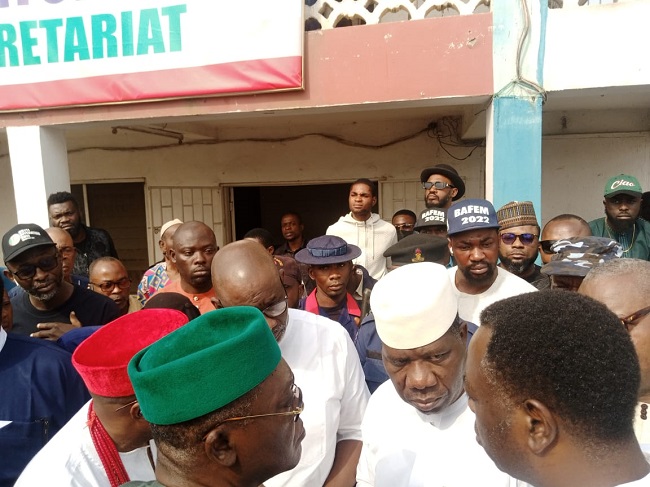 Seven governorship aspirants of the All Progressives Congress on Thursday morning staged a protest at the party secretariat in Ado-Ekiti, the Ekiti state capital calling for the cancellation of the scheduled direct primary election over alleged compromise.

The aspirants, Opeyemi Bamidele, Dayo Adeyeye, Femi Bamisile, Kayode Ojo, Bamidele Faparusi, Olusola Afolabi and Demola Popoola told journalists that the primary election committee has allegedly compromised the process by handing over result sheets to loyalists of Govenor Kayode Fayemi to the advantage of one of the aspirants, Biodun Oyebanji across the 16 local government areas.