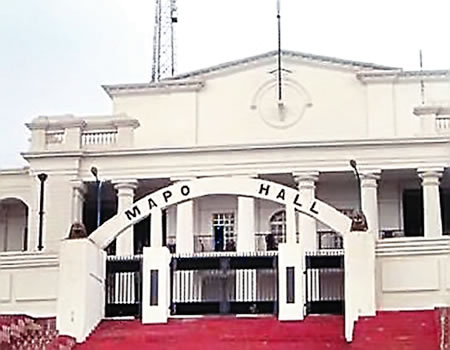 THOSE waiting for the announcement of a new Olubadan of Ibadanland may have their expectation dashed as such announcement is not likely to happen anytime soon.

Sunday Tribune can authoritatively report there has been a new twist to the controversy surrounding the nomination, appointment, approval and announcement of Oba Lekan Balogun, who is the next in line to the throne, as the new Olubadan.

It was gathered that Balogun and other members of the Olubadan-in-Council who were crowned Obas in 2017 are yet to fulfill their pledge to Governor Seyi Makinde that they would withdraw a case challenging a consent judgment earlier given on the matter.

Sunday Tribune was reliably informed that rather than withdraw the case as they promised Governor Seyi Makinde at a meeting held in Government House two weeks ago, they appear to have resolved to see it to the end.

At the hearing of the case on January 14, Justice Munta Abimbola, who is the Chief Judge of the state, directed parties in the suit to further address the court on the validity or otherwise of the consent judgment in view of the decision of the Appeal Court.

The parties, through their lawyers, are to address Justice Abimbola on Tuesday [February 1]. When pressed for comment on whether moves had been made to withdraw the case, a former Attorney General of the state, Michael Lana, told Sunday Tribune that he was surprised to see that Balogun’s lawyers have filed a further written address instead of filing a notice of withdrawal of the case.

“We had 14 days to appeal the decision, but waited in view of the claimants’ expression of intent to withdraw the case as expressed during their meeting with Governor Makinde.

“But instead of a notice of withdrawal of the case,” he said, “we received their argument which they have filed before the court on the validity or otherwise of the consent judgment,” he said.

He said he had no choice than to approach the Appeal Court to challenge the issue of validity or otherwise of the consent judgment raised by Justice Abimbola.

The High Chiefs made obas are in court to challenge the consent judgment which set aside the gazette that recognised them as obas. Reacting to the development, the Senator representing Oyo South and younger brother to the Olubadan-designate, Dr Kola Balogun, gave an assurance that “the whole world will clap for Ibadan and our unique approach to handling matters this week.

“The Central Council of Ibadan Indigenes (CCII) has given a directive that no Ibadan person should make a comment on the matter again, whether on social media or in the conventional media.

“As a result and because I know prominent Ibadan people are working round the clock to ensure amicable resolution of the matter. For me or any other person to be speaking on the matter is tantamount to violating the directive of the CCII.

“From my knowledge of what is going on, the issue will be laid to rest next week. I may not be able to say more than that.

“By next week, the whole world will clap for Ibadan people and our unique approach to handling matters,” he said.

Osi Olubadan of Ibadanland, High Chief Rashidi Ladoja had sued former governor Abiola Ajimobi and the inquiry commission that recommended the high chiefs for crowning as obas as acting in violation of the 1957 Ibadan Chieftaincy Declaration.

Ladoja won at the state High Court as Justice Olajumoke Aiki set aside the gazette as well as the decisions made based on it.

But dissatisfied with the judgment, Ajimobi appealed.

The Appellate Court, in its decision, set aside Aiki’s decision on technical grounds and directed a retrial of the case.

Makinde, who inherited the case, said he was not willing to be distracted by the case and called for out-of-court settlement and a return to the status quo.

The terms of settlement were entered as consent judgment by the court, putting a closure on the matter.

But Balogun and others expressed displeasure over the consent judgment, arguing they were shut out.

Having been told they could not appeal, they filed a fresh suit against the judgment.

There had been controversy over the appropriateness of the emergence of Balogun as Olubadan, having been crowned oba, along with 20 others, by the immediate past governor, late Senator Ajimobi.

It will be recalled that Governor Makinde, during a visit to the family of the late Olubadan had insisted that the original concept used in appointing a new Olubadan be returned to.

Balogun is the most senior High Chief in the line that is producing the next Olubadan.

Since the late Olubadan, Oba Saliu Adetunji joined his ancestors on January 2, a new one ought to have been named.

But the controversy sparked by the status of some high chiefs who were crowned obas and the court cases have stalled the process.