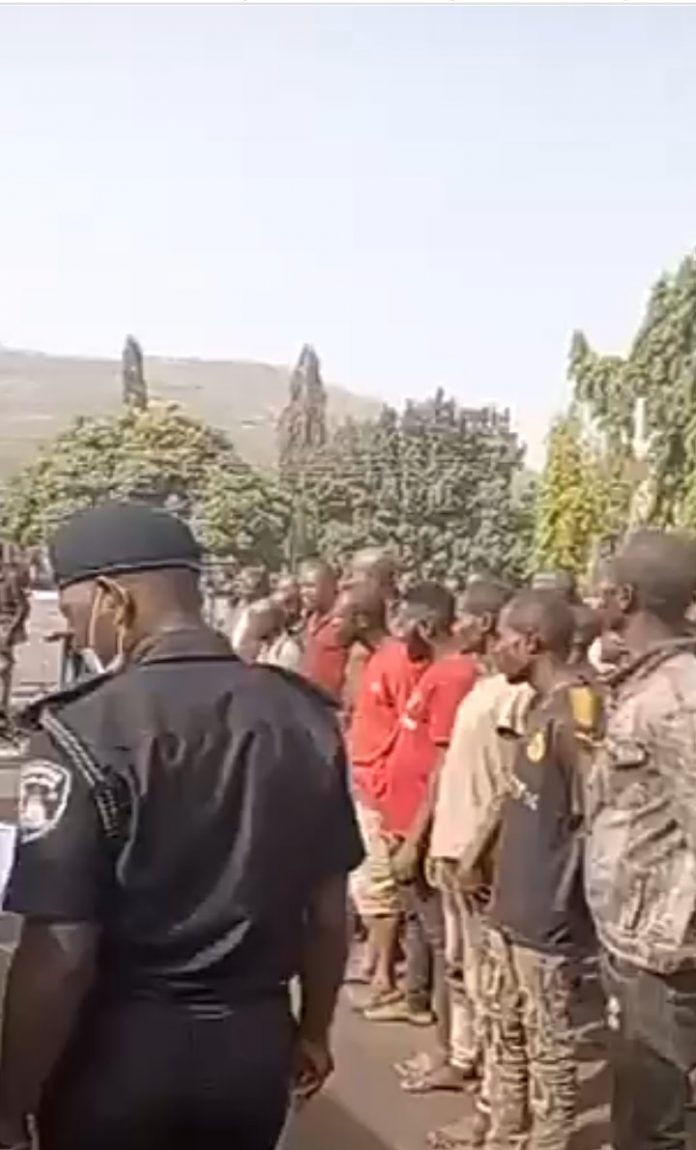 The men of the 32 Artillery Brigade of the Nigerian Army, Akure, Ondo State last week arrested no fewer than 150 political thugs at Ita Awure/Efon Junction in Efon Alaaye in Ekiti State.

It was gathered that the political thugs were heading towards Ado Ekiti from Ibadan, the Oyo state capital for the primaries of some of the political parties ahead of the election held last week.