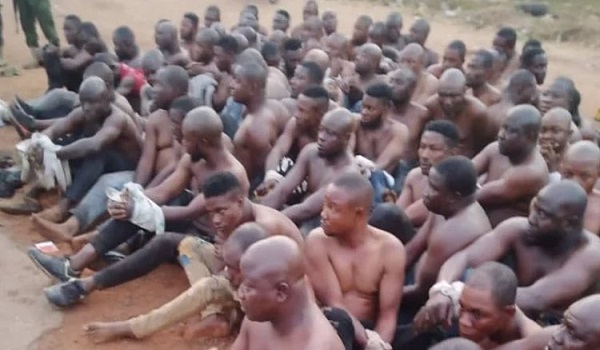 An Ado-Ekiti Chief Magistrate’s Court yesterday arraigned 98 men suspected to be political thugs for alleged threats to violence and unlawful possession of firearms.

The defendants were brought before Chief Magistrate, Mrs Titilayo Ola-Olorun on charges of threatening violence, and unlawful possession of firearms, among others.

The police prosecutor, Samson Osubu said the defendants committed the offence on January 25 at Itawure along Efon Alaaye Highway between Osun State and Ekiti State border.

He said the defendants were armed in public without lawful possession in such a manner as to cause terror.

He also alleged that the defendants, while in eleven vehicles, did embark on unlawful procession from Ibadan, Oyo State, heading to Ado-Ekiti for the just-concluded Peoples Democratic Party (PDP) primary.

According to him, the offences contravene Sections 516, 80, 88 and Section 4 and are punishable under Section 27(b) (c) of Firearms Act Laws of Federation of Nigeria, 2004.

The prosecutor asked the court for an adjournment to enable him to study the case file and assemble his witnesses.

The defendants, however, pleaded not guilty to the charges preferred against them.